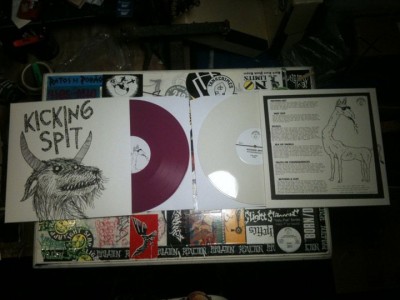 Tankcrimes has announced that they will be officially releasing the debut EP from New Brunswick, NJ’s Kicking Spit titled PsychRockBullshit on April 12, 2011.

This will be the band’s first release, although they are already working on writing and recording a full-length to follow up this EP. Kicking Spit features members of thrash bands ANS, Seasick, and the pop-punk outfit Big Eyes (Don Giovanni). On PsychRockBullshit they explore similar territory as the early alternative rock giants of the past, recalling the ultra-melodic, yet still punk-tinged outputs of Dinosaur Jr., HÜSKER DÜ, Superchunk, and even Archers of Loaf.

Two of the songs on the EP, “Nothin Left” and “Truth or Consequences” can be streamed now on Tankcrime’s website.