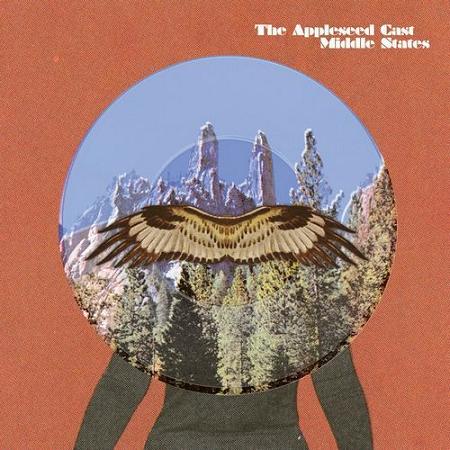 It may seem random, but Lawrence, Kansas is a serious music hotspot in the Mid-west. With chill music venues, rad summer music festivals, and distinctive radio stations that shy from the mainstream Top 40. Lawrence has been tagged as one of the “best lil’ college towns” in the U.S. with the most vitalizing music scene between Chicago and Denver. Raised in this music-dominated setting, emo practitioners, Appleseed Cast have emerged to tear through the genre’s stereotypes and to deliver much more than teary-eyed post-rock.


Originally comprised of vocalist Christopher Crisci, Aaron Pillar on guitar, Jason Wickersheim on bass and drummer Louie Ruiz, the group debuted in 1998 with a sampler EP Records for the Working Class and followed up with full-length album The End of the Ring Wars, a woeful set of 11 tracks about “the one who got away” and figuring out how to win her back. The theme isn’t original. But the sound – kick-ass drumming, delicate melodies and the sporadic saxophone solo – set the Appleseed Cast apart from the rest of the emo pack.


Mare Vitalis hit streets in early 2000 with a heavy emphasis on dense, atmospheric beats and an intense emotional experience. Using the album to experiment with edgy but honest vocals, rolling guitar and complicated rhythms, the foursome created 10 tracks equally as energetic as they were dark and gloomy.


After the release of Mare Vitalis, Appleseed Cast’s musical scope really began to expand and morph into something new. 2001’s Low Level Owl, Vol. 1 & 2 is a flowing masterpiece of ghostly indie electronica and 2003’s Two Conversations is a nod to traditional, slightly psychedelic rock and roll with a twist. When the band’s label Tiger Style flopped, so did their songwriting mojo. Following a brief hiatus and the addition of bassist Marcus Young and Nathan Richardson on drums – the alternative quartet returned triumphantly in 2006 with Peregrine and a bicoastal tour. Sagarmatha dropped in 2009 as an expressive piece of lush, textured harmony and inescapable melancholy.


The next thing on the Appleseed Cast’s plate is the release of Middle States EP on June 7, 2011 under Graveface Records and a Mid-west spring tour. The title of Middle States is not only a shout out to their hometown – Kansas is a middle state if there ever was one – but also a metaphor for the gang’s midpoint in their journey through life and musical career.


Having rebuffed the traditional studio in favor of home recording sessions, the band capitalized on that comfort factor and produced a small teaser for their next record that is set to launch early next year. “End Frigate Constellation” sets lyrical melody to a mesmerizing rhythm, while “Interlude” is an acid trip straight from Low Level Owl. “Middle States” is a brilliant amalgamation of vocal and music genius. The closing song, the 14-minute “Three Rivers,” is a dreary lullaby, a shocking contrast to the other three tracks that reflects the band’s superb musicianship. Effortlessly flowing between tracks, Middle States is a true testament to the band’s ever-evolving nature.

THE APPLESEED CAST ON TOUR