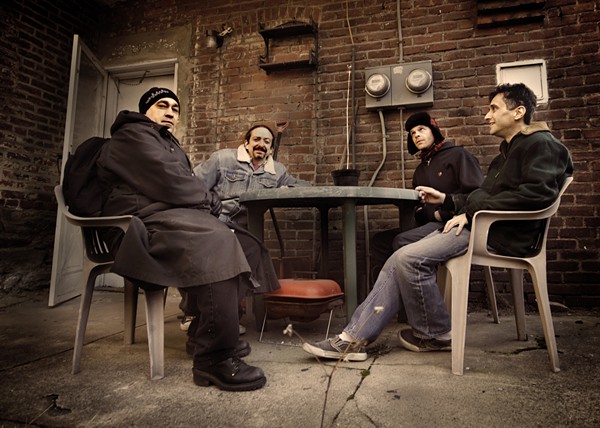 The Dead Milkmen have announced the CD release of their first new album in over sixteen years, The King In Yellow for October 25th. The album will be available via Amazon, iTunes, emusic and other outlets. This will be the band’s first studio album since Initially bowing out as a band with Stoney’s Extra Stout (1995). Fast forward to 2008 where The Dead Milkmen reform to play FunFunFun Festival in Austin, TX. Energized by the experience the original band members, Rodney Anonymous, Joe Jack Talcum, Dean Clean along with new bassist Dan Stevens performed shows in Baltimore, Boston, Brooklyn, Chicago and Philadelphia, while working on new material.

The band recorded basic tracks in two weekend sessions in November (South Street Soundz) and December (Miner Street Studios) 2010. Returning to Miner Street Studios in February 2011 the band and Brian McTear (Mixing) put the final touches on the album. The King In Yellow‘s 17 songs should feel both familiar and new to the Dead Milkmen Fan. Songs like “Meaningless Upbeat Happy Song”, “Commodify Your Dessent”, “Solvents (For Home and Industry)”, “Quality of Death” thematically feel like the band’s first three albums. Where songs like “Fauxhemia”, “Caitlin Childs” and “Passport to Depravity” come from a new but not unfamiliar place.

Originally formed in the Philadelphia area in 1983, the band solidified their place in American music with their upbeat and energetic punk rock always with satirical and clever lyrical ammunition. Classic examples from their catalogue include Bitchin Camaro and Punk Rock Girl, the latter of which gained major MTV video play in the early 90’s. Media highlights include the band being selected to play Spin Magazine’s first anniversary party in 1988 ( to which a helicopter whisked them from Philly to NYC to play). At the time of their hiatus in 1995, the band completed eight studio albums and numerous national and international tours.

Catch the band this Saturday, September 24th as a headliner on the Riot Fest at Philadelphia’s Festival Pier alongside The Descendents, X, Hot Water Music, Naked Raygun and many more. 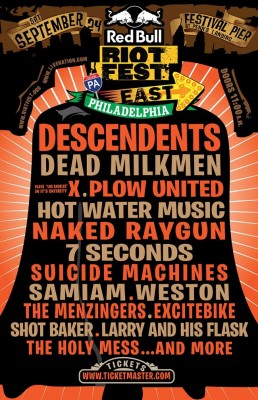