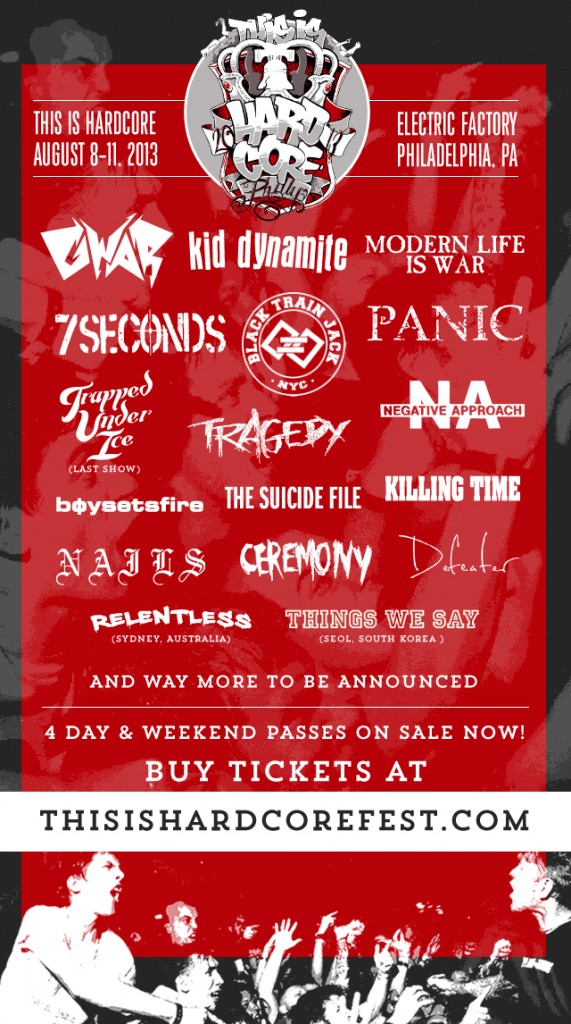 Joe “Hardcore” McKay and Philly Hardcore Shows booking group have announced the the first round of bands for the 8th Annual, Philly born and bred, This Is Hardcore Fest. 2013 lineup will take place August 8th through 11th and will include Modern Life is War, GWAR, Kid Dynamite, 7 Seconds, Black Train Jack, Panic, Tragedy, Trapped Under Ice, Negative Approach, Boy Sets Fire, The Suicide File, Killing Time, Nails, Ceremony, Defeater, Relentless, Things We Say and many more to be announced.

Festival and Weekend passes just wne on sale at noon.

Modern Life Is War made the following statement regarding their current plans and This Is Hardcore Fest 2013:

“Modern Life Is War is an active band again. In September of last year, we wrote an album in John’s basement in Marshalltown, which will be recorded at God City in May and released on Deathwish in September. The original lineup of Chris Honeck, Matt Hoffman, Jeffrey Eaton, Tyler Oleson and John Eich will be in place. For what it’s worth, we are not approaching this as a ‘reunion’ but rather as a band with a new record that will be working to contribute something worthwhile. Extensive touring is not in the cards for us at this point. Our first show back will be at This Is Hardcore Fest in August, followed by a record release show in Iowa. We will announce an official release date as well as specific show dates and locations as soon as they are confirmed.”

“We are incredibly stoked to be a part of this magnificent line-up, and we look forward to watching many ugly people beating the hell out of each other. PLus it’s in Philly. This is going to be complete CHAOS!”

If you missed Blow The Scene’s exclusive photo coverage from all of the events surrounding This Is Hardcore Fest 2012, check theme out HERE. 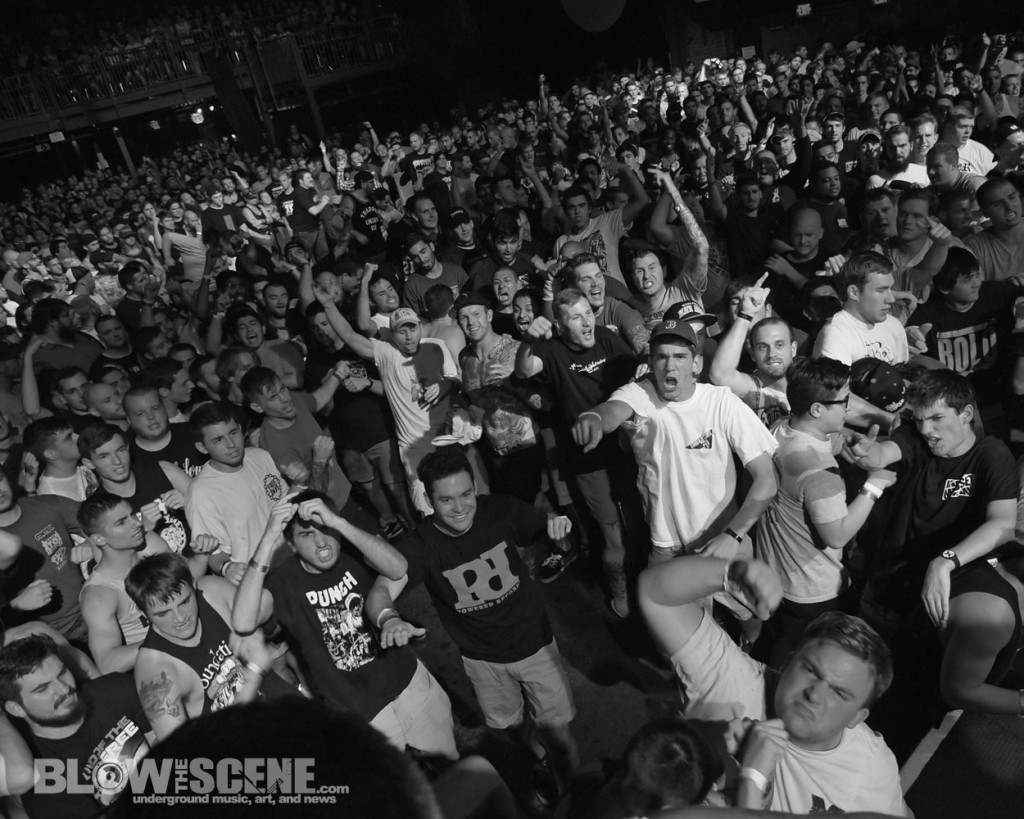