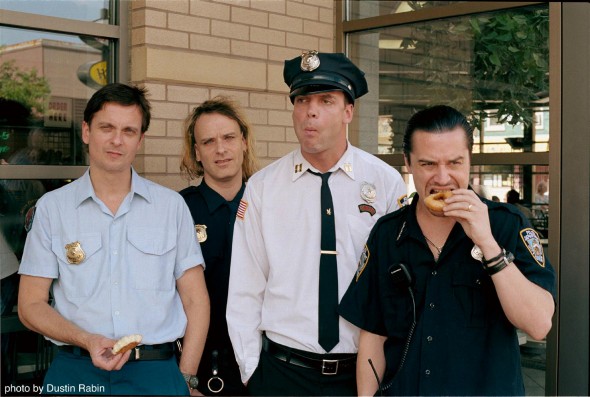 Tomahawk, who kick off a brief east coast tour today in Boston, perform on Late Night with Jimmy Fallon this Monday, June 3.

The upcoming live performances are the first east coast dates from the alt-rock super group (Duane Denison, Mike Patton, John Stanier and Trevor Dunn) in a decade. Tomahawk recently toured throughout Australia via the Soundwave Festival and performed at Lollapalooza Brazil and Chile.

Tomahawk released Oddfellows, their first album in six years, in late January with the album landing in the Billboard Top 100 and reaching #2 on the trade magazine’s Hard Music chart as well as #9 on the Indie chart. Two videos have been released, one for “Stone Letter” and another for the title track.