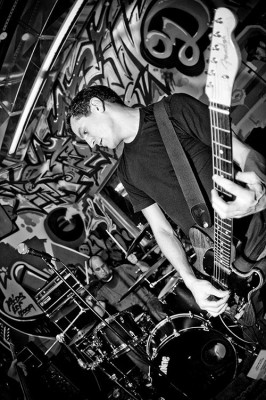 The sum of it’s parts and it’s influences, Torchbearer has created an alchemy of hardcore, noise-rock, sludge and metal while giving a tip of the hat to pioneers like Deadguy, Kiss it Goodbye, Burnt by the Sun, Converge, and latter-day Unbroken. While considering that many of the aforementioned influences has roots in New Jersey, Brennan says “The band’s sound is an extension of an under-appreciated and often overlooked musical lineage in New Jersey that extends all the way back to Human Remains and that runs through bands like Rorschach and Endeavor up to the present day. New Jersey, by virtue of being an ugly, uncomfortable, and sometimes unwelcoming place, has naturally fostered music that parallels those elements.”

Formed in 2008 between long time friends and scene acquaintances, Torchbearer was formed to do something heavier, darker and less structured than their previous work. Being full time adults with working class careers and in some cases families, this band was formed without the expectation to appease any single audience or fuel a full-time tour schedule. The members wrote at their own pace and previously released two offerings, the self-titled 7 song EP and the follow up 7″ on Soul Rebel Records, titled The Worst is Yet to Come. Adding Karakowski to the line-up last year, the band wrote the material for The Dirty Swagger. The band convened at CDR Studios in Milltown, NJ where they self-produced the album and enlisted Carson Slovak (Century, Atrium Audio) to master.

Regional dates around the album’s release will also be announced there as well.