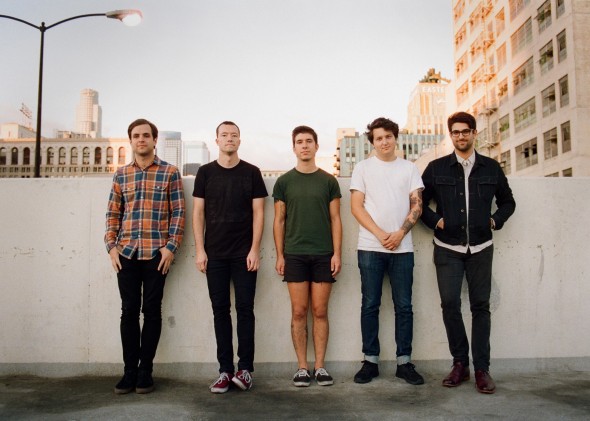 As we featured yesterday in our New Music Now column, and previously announced, Touche Amore and Pianos Become The Teeth have linked up for an exciting new split 7”.

Here, Touche Amore offer up the exceptional “Gravity, Metaphorically”, a stripped down and discordant emotional roller coaster of a song. For over four minutes, Touche Amore rattle and buzz through tempo changes and jangly riffs, as vocalist/lyricist Jeremy Bolm pours out his heart and soul in his trademark way. A poignant step forward for a band that continues to impress with every effort.

Touche Amore will be heading to Japan for a week-long tour with Loma Prieta at the end of the month, check out the dates here.