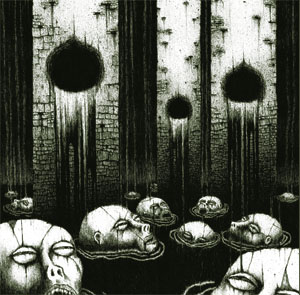 No release date set as of yet, Filth Rations will feature 4 new tracks recorded exclusively for Southern Lord Records and will be available in vinyl format exclusively.

Filth Rations will be a one-sided 12″ with etching by artist Justin Bartlett on side B. with all tracks being engineered by Kurt Ballou at God City Studios

1. Trap Them have been batting a .1000 with solid release after solid release since their inception in 2006. Decibel Magazine recently ranked Trap Them’s 2008 release Seizures in Barren Praise one of the Top 100 Greatest Metal Albums of the Decade. We expect nothing less from Filth Rations.

3. Justin Bartlett is etching custom artwork on the vinyl. Need we say more?