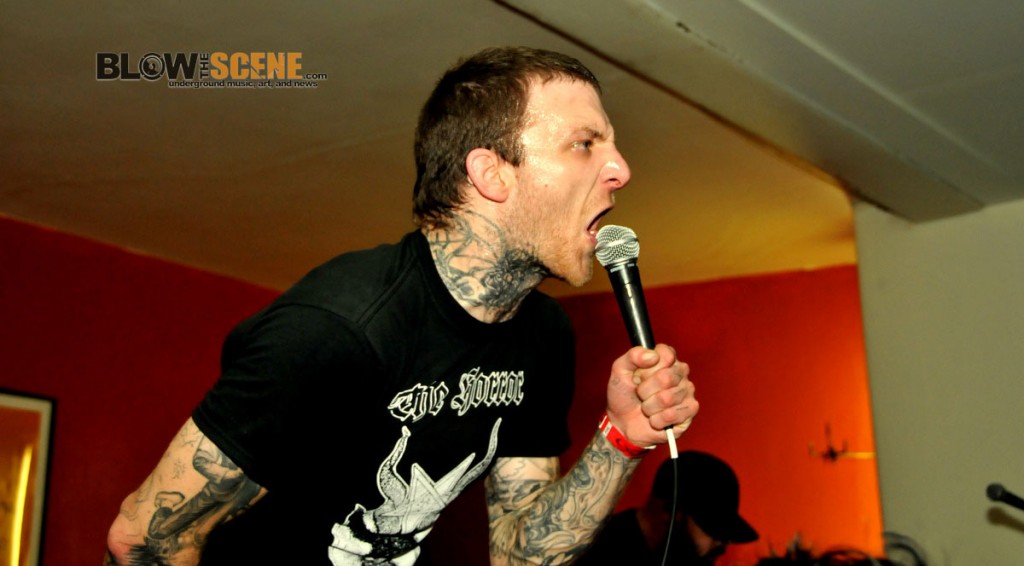 Renowned punk grinders, Trap Them, have today announced its Prosthetic Records debut Darker Handcraft– the best-selling LP release in the label’s history- is now available on vinyl once again. The fourth and final pressing of the acclaimed album, which we ranked as our number 1 release of 2011 seeing a full review and exclusive interview with singer Ryan McKenney from God City Studios as the Trap Them was tracking the landmark album. This latest pressing sees two new color variants introduced: blue marble and green marble. In addition, a limited number of black LPs will soon be available once again in select record shops around the world.

According to Decibel, which included Darker Handcraft in its Top 40 of 2011, the album “turns flesh to fringe,” while the BBC- which also included Darker Handcraft in its 2011 Top 25- called it “an album every fan of extreme music should own.” It was recorded at God City Studios with Kurt Ballou (Converge, Disfear, Black Breath) and features artwork by Justin Bartlett (Dragged Into Sunlight, Aura Noir, Gorgoroth).

Trap Them have toured with the likes of Napalm Death, Rotten Sound, Gaza, Converge and Every Time I Die, and have also performed at such notable events as Maryland Deathfest, Scion Rock Festival, SXSW, the New England Metal and Hardcore Festival and Chaos in Tejas. While the band has kept a low profile for much of the past year, a July 31 Facebook post (“We regret to inform you that we are not breaking up”) implies that Trap Them won’t remain silent for long.