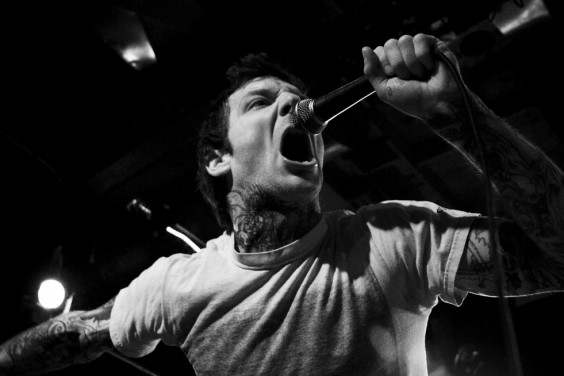 Trap Them debuted new song “Slumcult and Gather” yesterday at DecibelMag off of their new record Darker Handcraft, which hit streets today in vinyl format via Prosthetic Records with the CD version available on the 15th. Track is simply crushing. Do yourself a favor and go give it a listen.

Then today, Noisecreep dropped the opening track “Damage Prose,” which is equally smashing.

We caught up with Trap Them singer Ryan McKenney, as the band recorded Darker Handcraft with Kurt Ballou at God City Studios last September, for an exclusive interview.

Trap Them are poised for the takeover in 2011. Strap in.