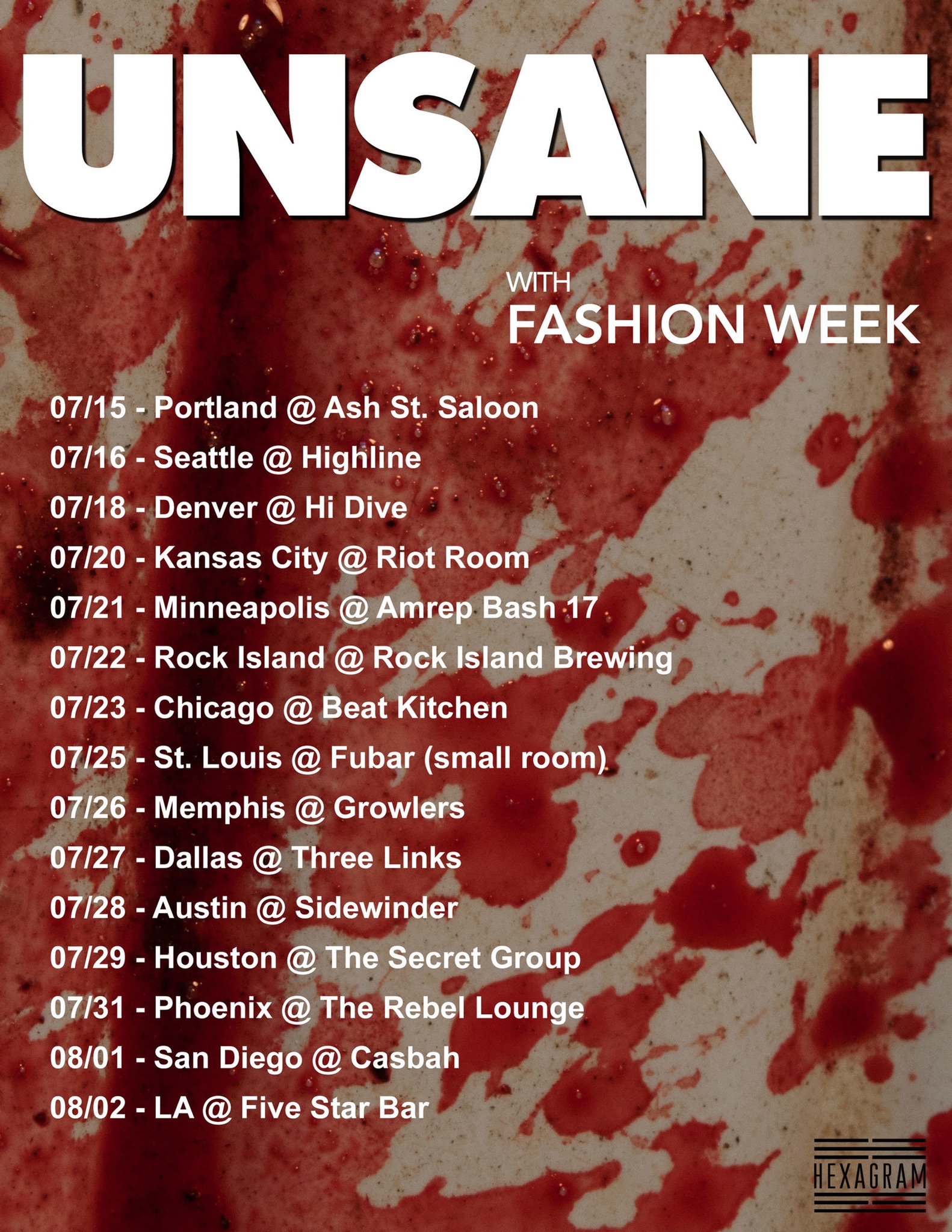 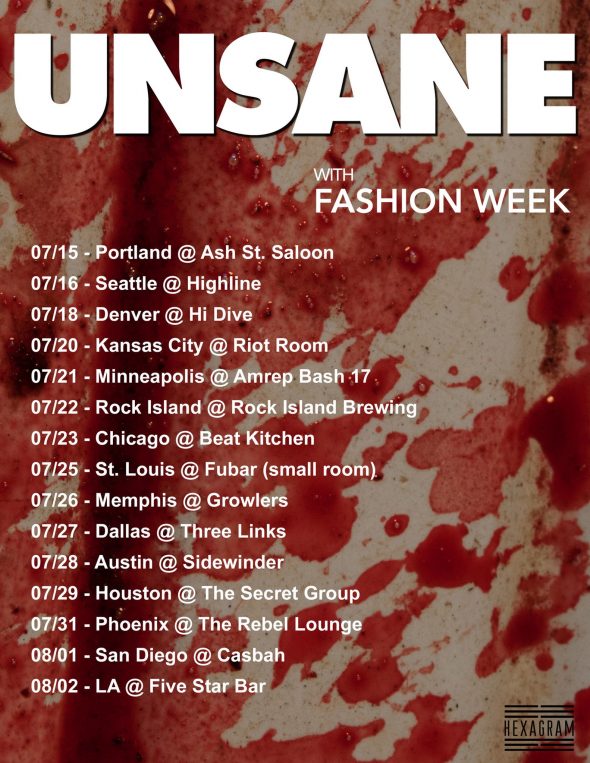 Since 1988, Unsane has pounded the planet with their caustic grooves and foundation-crumbling riffs, having released LPs through a wide range of labels including Matador/Atlantic, Amphetamine Reptile, Relapse, Ipecac, Alternative Tentacles, and others, not to mention a wide range of singles, splits, and live albums. The band’s gnarled blend of punk, metal, noise, and hardcore helping to define the “AmRep sound” alongside other forerunners of the style, Today Is The Day, The Jesus Lizard, Helmet, Tad, Cows, Halo Of Flies, Melvins, and others.

Closing a five-year gap since the 2012 release of their Wreck LP through Alternative Tentacles, Unsane makes a vicious return with the pummeling Sterilize, a record that recalls the most defining elements of the band’s seminal Scattered, Smothered, And Covered and Occupational Hazard albums, surging with the band’s unrelenting singular sound created by guitarist/vocalist Chris Spencer, bassist/vocalist Dave Curran, and drummer Vinnie Signorelli. Sterilize was produced by Unsane, recorded by Dave Curran at Gatos Trail Studios in Yucca Valley, California, mixed by Andrew Schneider at Acre in New York City, and mastered by Carl Saff at Saff Mastering in Chicago.

Sterilize showcases Unsane sounding as dense and damaging as ever, and sees them remain as necessary as ever, nearly three decades since they began.

Southern Lord will release Unsane‘s Sterilize on September 29th, 2017; stand by for the cover art, track listing, audio samples, and more to be issued in the weeks ahead.

Advancing the release of Sterilize¸ Unsane has announced a run of US tour dates from July 15th through August 3rd, booked around the band’s performance at AmRep Bash 17 in Minneapolis, with Fashion Week providing support for the trek. Additional tour dates through the release of the new LP are to be expected.

New York City’s Unsane assisted in pioneering a more aggressive, less studied version of noise rock, one that blended the scum/art industrial sturm und drang of Foetus, the Swans, Einsturzende Neubauten, and Sonic Youth with a decidedly more straightforward hardcore idiom. While developing the blueprint for noise bands to follow, Unsane cut a remarkable swath through underground music, inspiring a devoted, cult-like following around the globe. As a power trio, Unsane relied upon a hammering, power-press rhythm section, a searing Telecaster howl, and distorted vocals that resembled a chainsaw cutting a steel beam.

Chris Spencer (vocals, guitar), Dave Curran (bass, vocals) and Vincent Signorelli (drums) are responsible for well over two decades of aural ruination, with no intention of letting up anytime soon. With a new full-length album in the bag, the band will be touring the globe starting summer 2017.

The early days of Unsane began in the late ’80s. The original incarnation of the band — Chris Spencer, Pete Shore (bass), and Charles Ondras (drums) — crawled larvally out of the practice space in 1989 and began playing New York’s seediest haunts. It was these graveyard slots at clubs like CBGB‘s where the band developed and honed their trademark sound and delivered the goods with due intensity and volume. Unsane piqued the interest of numerous small indie labels and began issuing a series of singles and EPs before recording their self-titled debut with Matador Records. Using the photo of a decapitated man lying across train tracks, UNSANE’s album cover set the tone for the admixture of seething aggression, naked fear, and barely controlled noise chaos contained within. But the band’s devastating maelstrom contained more than enough tunefulness and rock propulsion to quite easily surpassing its more affected Lower East Side peers.

During 1992, Unsane‘s daunting schedule was cut devastatingly short by the untimely drug overdose of drummer Charles Ondras. Former Swans and Foetus drummer Vinnie Signorelli climbed aboard the swiftly moving train in the fall of 1992 and the band began composing its next album. In the interim, Matador compiled and issued a collection of UNSANE’s early singles and compilation tracks, appropriately titled Singles: 89-92. It is perhaps the band’s defining moment. The following year found the band recording its first for Atlantic Records, Total Destruction, a menacing, dark collection of songs driven by Signorelli’s hypnotic drumming and Spencer’s man-pushed-to-the-edge vocals. More touring followed and Matador released the Peel Sessions disc almost concurrently with Total Destruction.

After being discharged from Atlantic in 1994, Unsane found both a new bass player in Dave Curran and a home for their next album, Scattered, Smothered, And Covered, on the independent noise rock label, Amphetamine Reptile Records. While maintaining the band’s signature sound and volume, 1995’s Scattered… showed the band opening their rhythmic approach, with most songs inhabiting a more rock-oriented 4/4 pattern, granting the album a more spacious and controlled feel. Scattered… also contained the unlikely MTV hit video for “Scrape,” featuring a series of skateboard accidents intercut with footage of the band performing live. Created for $270, it was ironically named one of MTV’s Ten Funniest Videos.

Unsane toured relentlessly and managed to secure an opening slot with metal behemoths Slayer on one of their North American headlining tours. Shortly after, the trio made another label switch to Relapse Records and began constructing the ironically titled Occupational Hazard. While on a press tour in Europe only a month prior to the disc’s release, Spencer was brutally attacked by street thugs and left for dead on the streets of Vienna, Austria. After emergency surgery, he returned to the touring arena. They then released the compilation Lambhouse, continued to tour and wrote the ballistic urban commentary Blood Run. After more touring, and some introspection, they proceeded to issue Visqueen on Mike Patton‘s Ipecac label. March 2012 saw the band’s Wreck full-length out on Alternative Tentacles, and 2017 now sees them signed to Southern Lord for the release of Sterilize. 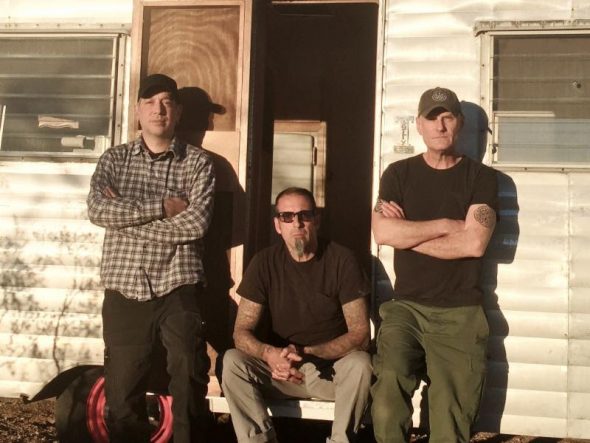