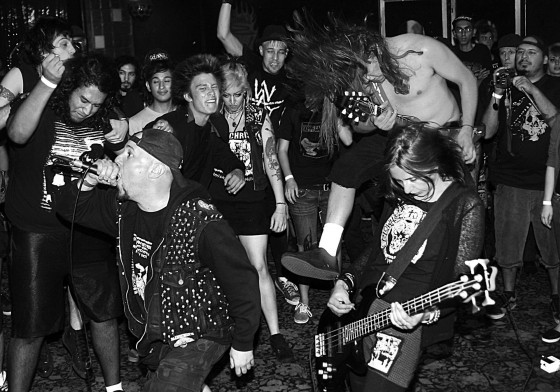 Following a short break after several stateside tours this year, including a hefty excursion with Raw Power, Wisconsin crust brigade Wartorn will take their caravan back to the highways this week.

After a double-show kickoff in their hometown of Appleton this Friday, August 2nd Wartorn will make an eastward trek to Chicago to take part in the three-day Clit Fest alongside twenty or more underground bands, activism/rights workshop and more. They’ll then plow westward to rendezvous with Opposition Rising and hardcore legends MDC for a West Coast tour, including the two-day The Power Of The Riff in LA with The Obsessed, Final Conflict, From Ashes Rise, Hirax, Black Breath, Iceburn, Mammoth Grinder, Bastard Noise and a ton more.

Since 2004, Wartorn has assaulted humans live across thirteen countries in North America and Europe and released an arsenal of recordings on Profane Existence, Crimes Against Humanity and more before hooking up with Southern Lord, who released the band’s brutal Iconic Nightmare in January. Keeping up their raging tradition of pissed-off socio-political crustpunk/hardcore in the realm of Victims, Disfear, Words That Burn and labelmates Wolfbrigade and From Ashes Rise, Iconic Nightmare brandishes Wartorn’s most powerful warcries and energetic attacks to date.

Stream all of Iconic Nightmare. 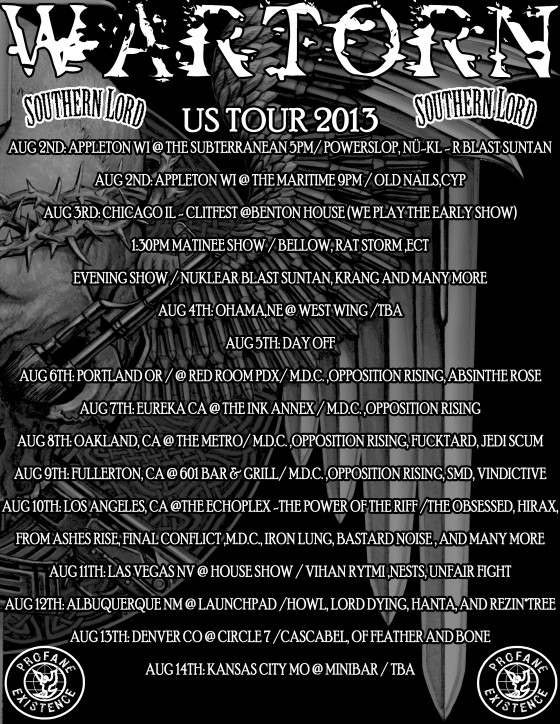