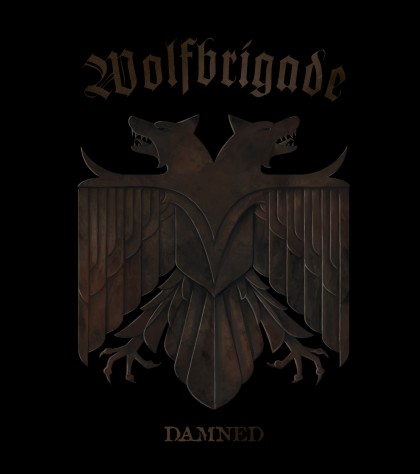 Wolfbrigade wreak havoc on the masses once again this week as they unleash the furious, explosive and outright anthemic, “Ride The Steel” from their forthcoming LP Damned via Terrorizer Magazine.

We brought you the debut track from Damned “Feed The Flames” last week, with an exclusive premiere so be sure to check that out if you missed it.

Recorded at renowned Gothenburg-based Studio Fredman (At The Gates, Amon Amarth, Opeth), Damned is the first Wolfbrigade album to be released by Southern Lord, set to hit the shelves for public access in North America April 24th. This album is a stark reminder of exactly why the band are considered pioneers of the Swedish d-beat/crust movement and is undoubtedly one of the strongest releases in the band’s history.