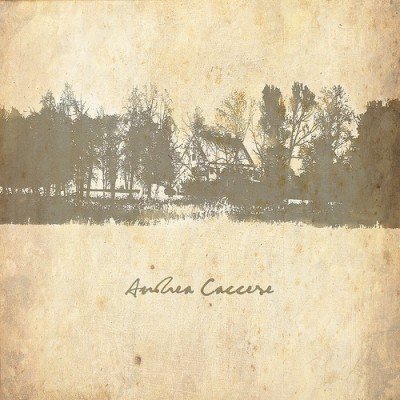 
Method acting encourages an actor to completely and emotionally identify with his character, so I’d imagine that method recording allows a musician to better identify with his surroundings. Swedish singer/songwriter Andrea Caccese used his 2010 international travels as inspiration for his four-track EP as well as to instill the recording with the distinct flavor of uprooted wandering. From various recording sessions in apartments, hotel rooms, trains and airports, the teaser debut EP Icarus Falling / Set the world on fire is an experimental work of sound and modernism. 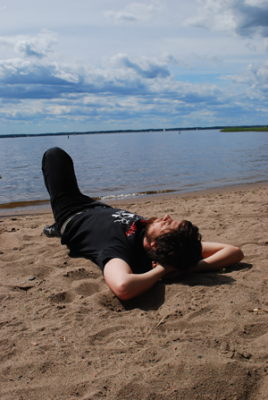 “After many years of rocking the European punk rock scene in basements with former bands, I decided that this was going to be my life,” Caccese comments on the formation of his debut EP. “So I packed a guitar, a laptop and a bunch of microphones to write and record during my travels.”


Opening with “Icarus Falling,” Caccese asks, “So tell me, where do you want to go? Somewhere exotic or a place we only know?” Set to a simple acoustic guitar with swirls of musical input from cellist Nadja Ali, the song’s simple words take on a haunting and distinctly tragic essence in order to reflect the fizzling nature of the relationship and the need to get away from it all.


“Set the world on fire” is a soulful melody about throwing reason to the wind and simply enjoying the night with a loved one. Caccese’s Swedish accent makes a subtle appearance in the vocals and instills the otherwise simple tune with a sense of worldliness and the notion that love breaks down all barriers.


Soft whispering and the slamming of a door are the first sounds heard on “Playing with ghosts,” but the remainder of the track is purely instrumental. Verging on esoteric, the song can only be described as a ghostly musical emergence from a child’s shattered music box. Without any vocals to distract from the unique combination of sound, Caccese’s playfulness shines through, even if the result is rather bizarre.


The closer, “Stars and Satellites” works to hammer the final nail into a certain relationship’s coffin. Raw and strained vocals mixed in with slow, pained strumming emphasize Caccese’s hopeless question, “So what’s the point of starting over, if all we know if falling?” His melancholy is readily apparent, as is his desperation illustrated by the screeching feedback in the background.


Icarus Falling may be a small snippet of work to come, but Andrea Caccese, along with Nadja Ali, has succeeded to recreate an art out of recording music. Staying clear of the traditional studio, basic microphones take the place of fancy recording equipment and background noise is embraced if not heavily encouraged. Despite the hectic “on the road” approach to the EP’s recording process, Icarus Falling / Set the world on fire is surprising organic and dignified, each song enriched with a certain mood. The EP serves as a musical scrapbook of his international travel and his growth as a musician over the last year.


Check out more at www.andreacaccese.com.