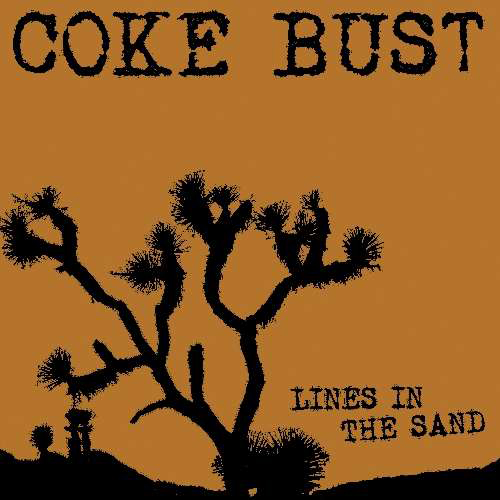 Washington DC’s straight-edge, hardcore punk powerhouse, Coke Bust have just re-released Lines In The Sand via Six Weeks Records for first time on CD featuring remastered versions of all tracks including their Fuck Bar Culture E.P. and early demo recordings. This special edition of Lines In The Sand includes 33 tracks clocking in at 31.5 minutes.

Unlike many of their straightedge contemporaries, Coke Bust do not fall into the chug-chug, boring breakdown after boring breakdown formula that plagues much of the this niche. Instead, the band draws influence from fast and furious power-violence styles of punk bands of the early 90s. Coke Bust have been compared to the likes of SSD, Youth of Today, and Deep Wound but with tunes presented at a much quicker pace and intensity. Image if you tossed Youth of Today and Ceremony in a blender, you’d come out with something reminiscent of Lines In The Sand. The tracks are raw and Dan Randall at Mammoth Sound Studios remastered all 33 tracks on this special edition release. The songs retain their gritty punk essence, but with a heightened decibel impact and balanced delivery so you can crank up the stereo to “11” without losing the articulation of the musicians involved.

Apart from the convenience of having 33 raging Coke Bust tracks on one CD, fans are also treated to a huge booklet insert featuring lyrics, pictures, and slews of old-school Coke Bust flyers. Die-hard fans will find this a must and new-comers have an anthology to add to beloved straightedge, hardcore punk collections around the world.

Purchase Lines In The Sand at Six Weeks Records.

For More Info: Go to The Official Coke Bust Website