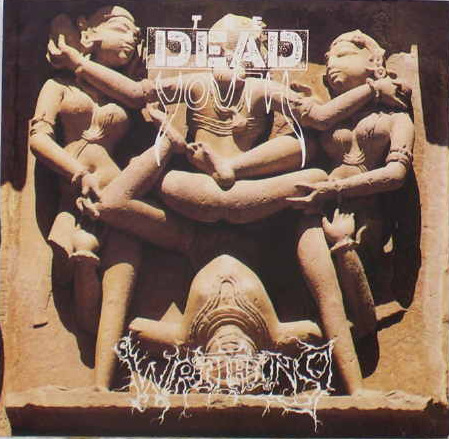 I’m jumping right to the big guns with this record. For me, one of the best death metal records ever made. At a time when the over-saturated Floridian, NY, and Swedish styles started to generically dominate the underground globe I cannot locate another record with a sound like this…. past or present. Tonally, each musician has a VERY unique style and the mix really suits their differences nicely. The Dead Youth are what would eventually become the core of the more classically inspired Usurper (if Venom, Bathory, or Celtic Frost are your bag). Now, I won’t pretend that the lyrical content is anything but juvenile but the original brutality of this record is entirely unique. Although, please allow me to briefly nerd out on the vocals. NO comparison to anyone in extreme music. Maybe Martin Van Drunnen of Pestilence and Asphyx? There is a polyphonic quality to his mid-range that can only be compared to Tibetan throat singers or something weird like that. So strange…. and as witnessed live on many occasions utilizing minimal effects (other than the typical reverb or delay).

In the early 90’s, The Dead Youth played countless shows in Chicago as support for heavy hitting touring acts like Grave, Massacre, Suffocation, Deicide, Dismember and as you would expect mighty local Chicago stalwarts like Macabre, Broken Hope, Cianide, etc…. I am, of course, happy to see Usurper upcoming but in reality my true wish is to bare witness to the stanking, brutal racket that was The Dead Youth. An intense brutality indeed.