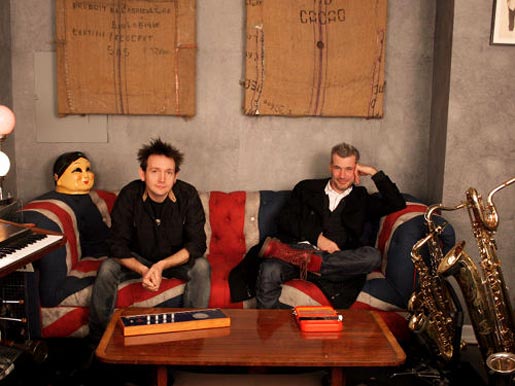 After the dissolve of LCD Soundsystem, fans of the band have been anxious to see the direction that James Murphy & Co are taking after the project ended. A former and founding member of the band as well as Oceans Eleven composer Phil Mossman teamed up with another composer friend, Will Bates to form Fall on Your Sword. 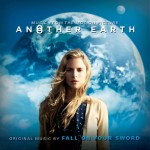 The film for which their debut LP is named after, Another Earth, is a Sundance Film Festival Award winner. It tells the story of a bright young woman recently accepted into MIT’s astrophysics program that aspires to explore the cosmos. She meets up with a brilliant composer just as she happens to find a “duplicate” Earth planet. However, it’s when this new interplanetary discovery occurs that tragedy strikes. It’s very peculiar how the listener can somehow manage to see the film through the music at times.

The soundtrack has a very cosmic 80s retro-scifi feel, much akin to the electronica duo of Zombi. Arpeggiated synthesizer patches combine with strings and voice to create giant soundscapes and semi-danceable beats, which are juxtaposted against brief solo piano vignettes and ambient textures. The ambient moments rival the work of composers like Brian Eno, but in the next moment you have claustrophobic and sinister themes making their way through your eardrums. It creates quite a listening experience, albeit it can be jarring at times to shift moods so quickly.

The whole boon/downfall of this soundtrack is going to depend on various factors. First, have you seen the film and will you be able to connect the dots? As in, will it affect your opinion of the movie if you have not seen it first and vice-versa? Second, can you manage to listen to this all at once? Admittedly, some of the dubstep-ish tunes such as “I Am Over There,” and the single, “The First Time I Saw Jupiter,” can be listened to on their own, but it really feels as if the listener should be taking this all in at once, in a single sitting. And last, will the coalescence of the downtempo dancy numbers and beautiful solo pieces be too stark of a contrast to enjoy properly without the context of the film?

This is a solid debut for the duo, and we’re definitely looking forward to hearing more. There are strengths that lie in the myriad of styles, but perhaps with future releases, the tracks will be wrapped together in a neater package, without needing the context of visuals to complete the listening experience.