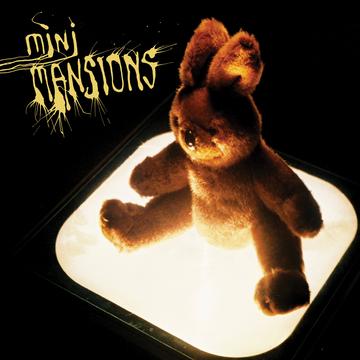 A bold and rather risqué comparison comes to mind when trying to liken Los Angeles’ Mini Mansions to another band. They are a sonically charged, psychedelically soaring Americanized version of The Beatles. Think the drug-induced St. Pepper’s Lonely Hearts Club Band – not the sound of the teeny-bopping Hard Day’s Night. Now before any elderly fans cry blasphemy – please listen to their debut album.

Mini Mansions’ self-titled album stands on its own. It is extremely catchy, extraordinarily complex and playfully bizarre. Above all – the sound is ambitious. The sound is densely layered with powerful pianos, outlandish synthesizers, shape-shifting guitar tones and those all too familiar Brit-rock vocals. The album is set to release on November 2 on Rekords Rekords, owned by Josh Homme of Queens of the Stone Age, Eagles of Death Metal and Them Crooked Vultures.

Michael Shuman, current Queens of the Stone Age bassist, steps outside of the robotic desert rock sound with Mini Mansions to showcase his talents as a multi-instrumentalist. Shuman primarily plays drums in the band, but also lays down guitars and keyboards on the album. The Californian’s abilities and style are surprisingly mature for a 25-year-old. The other two members of Mini Mansions aren’t slouches either. Guitarist Tyler Parkford and bassist Zach Dawes shine on their respective instruments and lend their hands to pound the keys as well. All three members sing on the record, which create lush harmonies – the key to the album’s success. 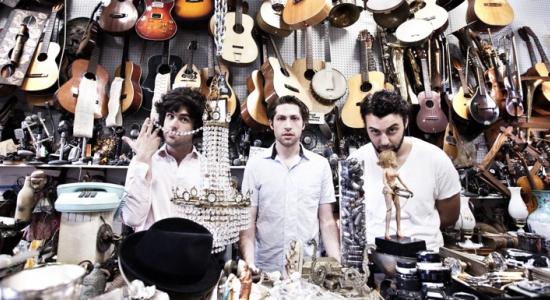 “The Room Outside” flaunts these vocal harmonies with lyrics about astro-psychical realms. The foundation of the track is laid by the Paul McCartney-esque bass tone and the punchy piano. The vocals add the cream to the top of this swirling journey across the Milky Way Galaxy.

“Kiddie Hypnogogia,” the song seemingly being groomed as the album’s first single given the teaser video released earlier this month, begins with twinkling piano and soft vocals. It employs the same methods of construction used on St. Pepper’s – taking a basic melody and building a raging orchestral piece around it. The vocals have an eerie Elliot Smith-like quality that gives the song a haunting sound that weaves across a broad spectrum of emotion.

“Thriller Escapade” capitalizes on this trippy vocal delivery with the use of a child-like chorus effect to close out the album. It sounds as if a hundred school children are skipping through a Halloween themed maze in the outer reaches of the universe.

The songs often detour from the vocal driven choruses and dive into breakdowns – “Majik Marker” launches into one that features dueling piano and bass slides. The song structure ultimately regroups and heads back down the path toward harmonized glory.

The range of instruments packed into this album is expansive. A harpsichord is introduced on “Seven Sons” and a Wurlitzer piano is rocked in “The Great Escape.” Chimes and music-box like pianos are also used on three separate transitional tracks labeled as vignettes – short musical pieces, in essence. The variety of sound on this record is nearly as playful as it is impressive.

This army of instruments and the brilliant off-the-wall vocal harmonies created a legion of layers that are the key to the album’s innovative construction. Mini Mansions dabble in many Beatles-influenced styles, but that doesn’t limit the band to just one. It’s difficult to isolate a single specific influence on these complex songs. Shuman and company have created a fresh record grown from the roots of proven psychedelic sounds.