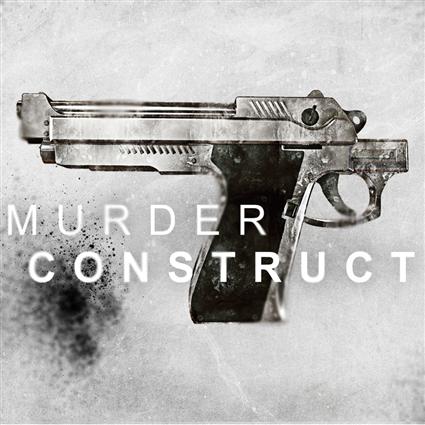 Avid fans of grind and death metal often bemoan the fact that most ‘new’ bands have lost the ferocity and integrity of the ‘old-school’ 80s and 90s-era extreme music via albums like Brutal Truth’s Need to Control (1994) and Napalm Death’s From Enslavement to Obliteration (1988).

In recent years, the majority of new bands to emerge in the grind and death metal scenes have abandoned the organic chemistry of live recordings, showcasing sharp musicianship captured by clever sound engineers, for mechanical releases that are overly polished with computer-induced sterility. Upon first listen of Murder Construct‘s debut Self-Titled E.P., I knew we found something old-school death metal and grind heads would be down for.

The E.P.blasts off with opening track “Control,” which sets the stage for the choppy, buzz-saw guitar tones reminiscent of 90s-era Exhumed, complimented by a ferocious low end of meaty bass distortion, laser sharp drumming with prevalent fills and tight cymbal accents, and a vocal attack that runs the gambit of sub-sonic guttural growls to high-end, ear-piercing, distorted screams. For a moment, I begin to wonder how such a authentic sound escaped my radar as I think, “How did I miss this band?” 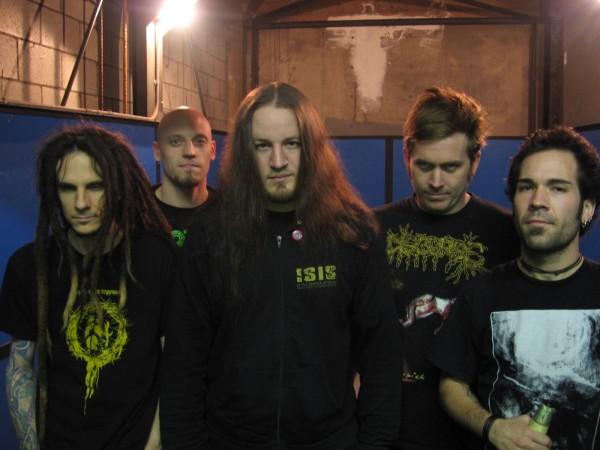 What started as a mere thought bubble for Leon del Muerte in 2000, slowly came to fruition as he described in a Terrorizer interview, “after parting ways with Impaled, around November ’01. I went through a goddamn literal ton of other members in the Bay Area, and though it was fun, was having a hard time finding people that were on the same page with what I was writing at the time, which was basic Terrorizer worship. I started talking to Danny [Walker, drums – ex-Intronaut/Phobia/Exhumed] online when he was still in Uphill Battle. Around that time I re-joined Exhumed and we recruited Danny to fill in for Col who had just left the band…”

Over the course of the next 6 years Leon would join Phobia and Intronaut before refocusing on the current project, as the other musicians focused on various full-time projects. Leon continues, “Lastly we sent Travis [Ryan, Cattle Decapitation vocalist] the same songs and he responded by sending us back versions with his take on the vocals. We got him into the studio to re-record the vocals and since then it’s been alternating laziness and busyness on our part that’s kept the EP from coming out already.”

It’s been said too many times, but still holds true; often these “super-group” bands comprised of varying musicians from established outfits, do not deliver a sound that would befit the sum of all parties involved. This is where Murder Construct steps in front of the pack. The organic sound of this self-titled E.P. comes with the help of a large musical family as the list of friends that contributed to this recording project will spell it out for you.

The drum sound throughout this E.P. is monstrous and surprisingly natural. Whether it’s the plethora of high-velocity cymbal accents complimenting the über-dense guitar work on “I am That,” or the unrelenting double-bass of “Destroy Babylon,” the drums are thick, clear, and natural. Hats off to John Haddad of Vale who recorded drums for this E.P., you may recognize his work on several Intronaut releases as well.

The guitars, bass, and vocals have an extremely dense framework that is able to capture not only the pummeling grind and blast beat attacks, but at the same time, there are elements of haunting melodies that are intertwined as powerful leitmotifs throughout the music. This intertwining of emotional melody and pummeling grind and death metal is non-more apparent than on the zenith track, “Destroy Babylon,” but is also prevalent throughout “No Savior” and “I am That.” We must again tip our brim to Bennett Erickson of Hurt Model who tracked all guitars, bass, and vocals.

All-in-all, you have one of the strongest E.P. debuts of 2010. Murder Construct have clearly set forth a product of a labor of love by not only the musicians involved, but the legendary line-up of artists behind the recording and engineering of this deathgrind masterpiece.