Blow The Scene‘s New Music Now takes a look at an eclectic grouping of new releases from Touche Amore, The Casket Lottery, Murder by Death, The Casualties, Bone Dance, and Ultraísta with loads of free music samples and links for purchase and further investigation! 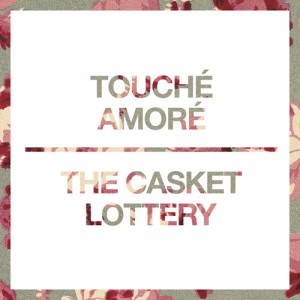 As previously reported on BTS, Touche Amore / The Casket Lottery split 7″ features one new song and one cover song from each band, with Touche Amore offering up the blistering “Whale Belly” as well as a cover of The Replacements’ classic anthem for the apathetic, “Unsatisfied.” The Casket Lottery debut their new track “White Lies” and a cover of Beach House’s “Myth.”

“While truly just a taste of something new – and a treat to go alongside it – this split is strong through four tracks that run the gamut of blistering to buoyant without totally losing us in the process. Both Touche Amore and The Casket Lottery prove their ability on their original cuts, while both take interesting cover choices and make the best of them to boot. Even if you’re not quite familiar with The Casket Lottery or you’re just looking for more from Touche Amore, this split is one you’ll have a tough time not putting on repeat.” – Absolutepunk.net 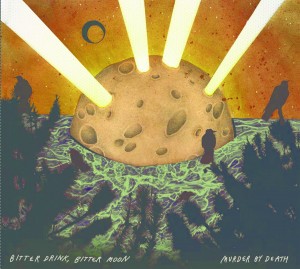 “A fair amount of things have changed in the world of Murder By Death since the group released the fantastic Good Morning, Magpie back in 2010. In addition to leaving Vagrant Records, whom they had been working with since Red of Tooth and Claw, the group has upgraded to a five-piece, enlisting multi-instrumentalist Scott Brackett (of Okkervil River fame). Brackett’s talents, combined with the considerable skills of longtime cellist Sarah Balliet have expanded what the band are capable of musically, while the rest of the group have sharpened their focus, resulting in Bitter Drink, Bitter Moon, a consistently great effort showcasing some of Murder By Death’s best work yet..firing on all cylinders on Bitter Drink, Bitter Moon, with every member at the top of their respective games. If you’ve ever been a fan, this is mandatory listening.” – Punknews.org 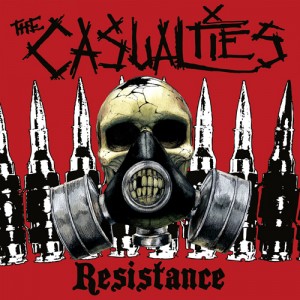 “Twenty years since its first EP, iconic NYC punk quartet The Casualties makes another incensed return with Resistance, its ninth full-length album and first for European metal giant Season of Mist..With one exception, Resistance is comprised of 15 two-minute blasts of fury, railing against corporatism, capitalist failures, and restricted rights over the usual blend of punk and hardcore. There’s a more pronounced element of thrash, however, and thus the album should have a stronger appeal to metal fans (who already were being more exposed to the band thanks to recent tours with GWAR and English Dogs).” – Alarm-Magazine.com 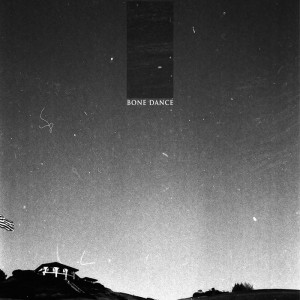 “And on this week’s segment of ‘New Nihilistic Noisecore To Know,’ we present Boise’s Bone Dance. Inspired by the suffocating intellectual vacuum in their low-carb nightmare of a state, the five young men of Bone Dance spew vitriol in no small supply. Like their clear inspirations, Bone Dance budgets their time between neck-jerking, atonal peaks and almost-melodic post-metal valleys.” – MetalSucks.net 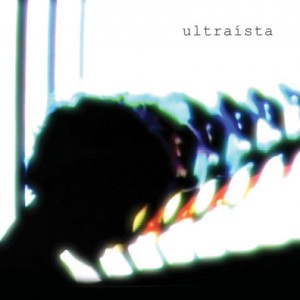 “Music-geek fans of Radiohead and Beck — we know who we are — can now peer long and deeply under the hood with Ultraísta, the project of Nigel Godrich, who has produced Radiohead since 1994 and has worked on some of Beck’s best albums..The songs have a theoretical flavor, as if each one is testing a slightly different recipe of crisp percussion and hovering synthesizers. Nearly all the keyboard timbres come from one family: rich, rounded tones with a little bit of buzz at the edge, akin to Radiohead songs like “Kid A.” Once the beat and the keyboards establish themselves — almost immediately — the songs putter along, steady and uninterrupted, and Ms. Bettinson never raises her voice. It’s a percolating not-quite stasis, with verses and choruses fully dovetailed.” – New York Times