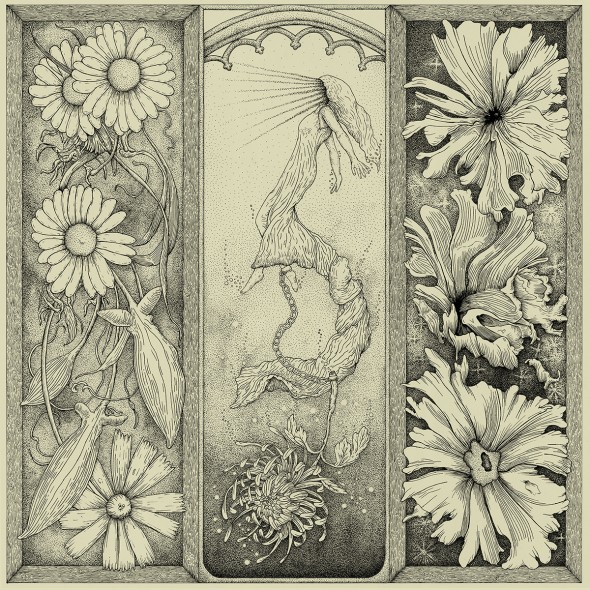 Many of the elements of punk that I love the most- raw emotion, political rage, and focused aggression can all be found throughout Cloud Rat‘s latest full-length, Qliphoth. The album hit streets May 29th via Halo Of Flies and is a standout of 2015 through the vast spectrum of new-school, punk-influenced metal. Vocalist Madison Marshall rips into the record as she does a live setting- Unhinged and unapologetic. The irate lyric delivery touches on the many ills found throughout the modern human experience.Topics range from sexual deviance to animal cruelty.

Complemented by the tireless and often manic drumming of Adrian Manges, Cloud Rat is rounded out by guitarist Rorik Brooks pulling off what is arguably the best solo-guitarist/multi-amp-rig approach in the field. Brooks seamlessly shifts through layers of distortions while simultaneously steering jarring rhythms through an output of well-crafted cabinets, pedals, and amps. The band recently added a 4th member (Brandon) on electronics who adds still more range to the band’s already deep well of sonic textures. Listeners that have experienced this in a live setting are at an advantage when listening to Qliphoth. The blasting and crisp punk attacks are cut up by doomy and often melodic movements that showcase the band’s more esoteric side before returning to the rage in good time. With a now third LP locked in, Cloud Rat are hitting a stride that is sure to draw more and more attention in the coming months and years. 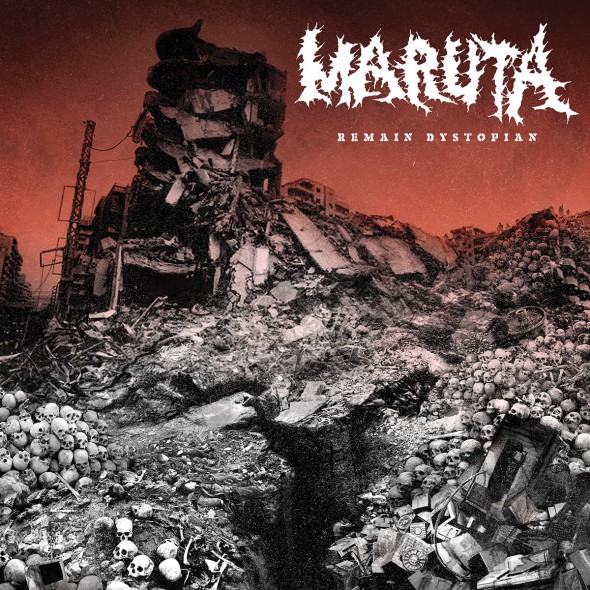 Miami deathgrind unit Maruta have returned with their Relapse Records debut, Remain Dystopian in hand. If the production sounds familiar, it should be noted the LP was recorded in various studios including drums with Pig Destroyer‘s Scott Hull. Vocals were captured with Torche‘s Jonathan Nuñez who the grindcore community may know better as guitarist of Miami’s crushing grind unit, SHITSTORM. Cherry on top of this latest effort being a little guest action by Tomas Lindberg (At the Gates, Disfear) and Pig Destroyer‘s J.R. Hayes, plus layers of noise from Agoraphobic Nosebleed‘s Jay Randall. Blabbermouth.net hailed the effort explaining, “Vitriolic in delivery and misanthropic in message, Maruta are grind enough for the grindcore fans and deathly enough for the death metal fans, bridging the gap between the two styles with precision and skill.” 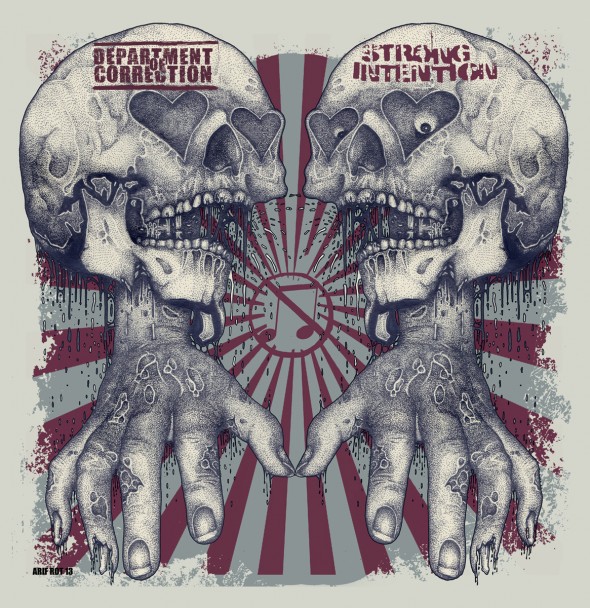 Department Of Correction = Ultra-fast grindcore unit from France that serves Europe quite proud. Fresh off a European tour run with Pyrrhon and currently preparing to decimate the States with Long Island grind champs, Mother Brain– D.O.C. is band all grindcore fans should have on their gri-dar. Heh heh. Lame jokes aside, Department Of Correction have a re-press split with Strong Intention coming soon via Power It Up Records. Allow the above video of this “new version” of ‘Horse Race Of The Palio’ to serves as a tasty appetizer till the limited wax drops ‘soon’. 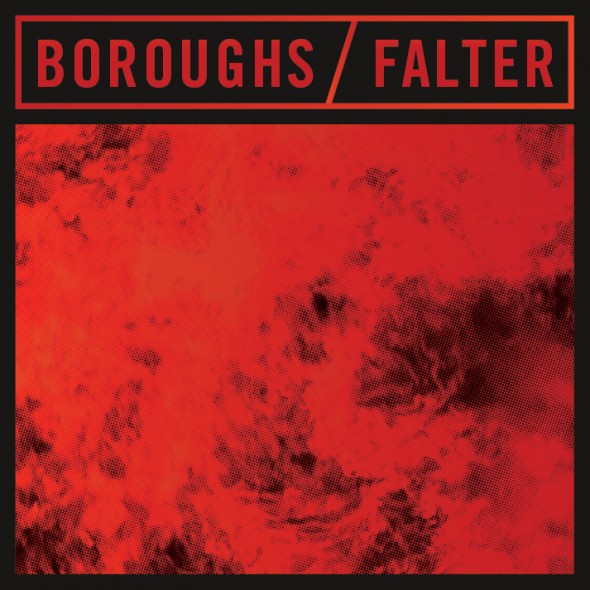 A great split record by two up-and-coming bands both armed with unique approaches to the extreme outer edges of aggressive music. First up is Philly’s Boroughs who bring a refreshing mix of powerviolence and raw punk-influenced metal to the table. You’ll hear a wide swatch of influences, everything from odd Botch-esque dissonance to irate hardcore punk that brings to mind early Ceremony releases. And raw. Plenty of rawness here. Milwaukee’s Falter tap into a crustier, and even darker range of riffs that hit moody vibes slathered in low-end-centric tones. Abrasive but very tight execution. Falter even throw in a Bastard Noise-esque experimental track. If you dig Nails but like your metal on the crustier, darker side- this is a band for you. All-in-all, stellar split record and both bands slay live. 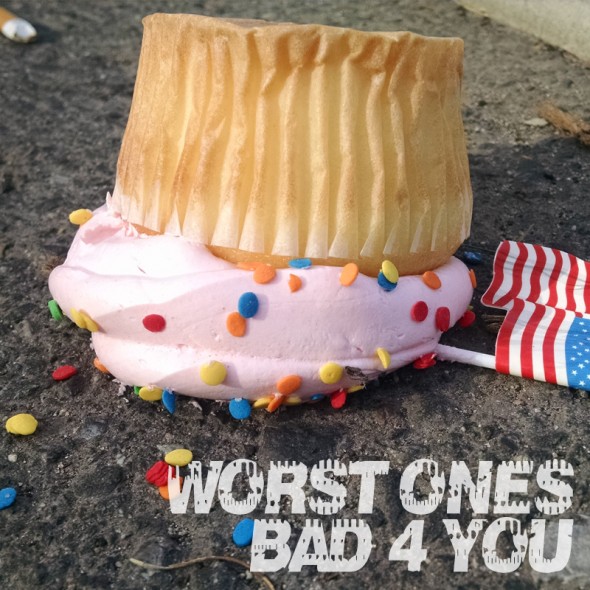 ​The members of Philly’s 70s-influenced, noise-rock outfit Worst Ones have all had sordid pasts in various musical endeavors. Here they form a visceral and brooding 4-piece collective that takes the sum of their previous experiences and weaves a unique and emotional vision. The delivery is as weird as it is classic. From sludgy stoner contemplations to fist-in-the-air stompers, the band’s live sets are littered with memorable hooks, minimal arrangements, and sneering vibes. If stoner rock is your jam, Worst Ones is band to keep on the radar in 2015. 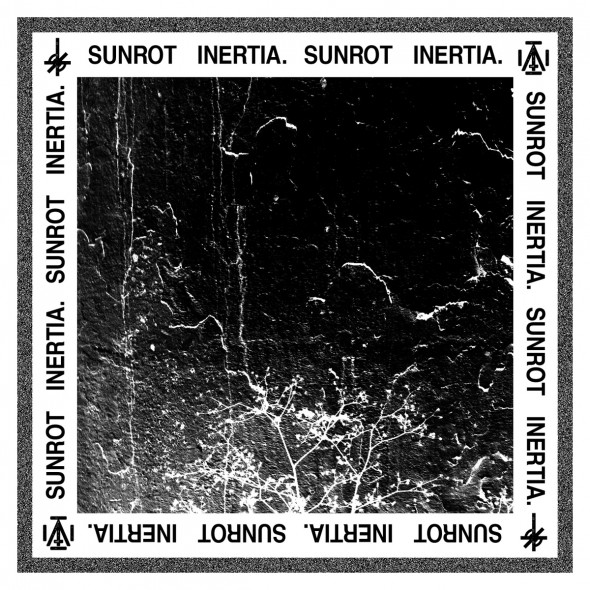 Up-and-coming New Jersey acts Sunrot and Inertia just dropped a new split showcasing the bands’ brooding interpretations of doomy sludge and melodic crust respectively. Sunrot waste no time delving into the murky depths of crust-riddled tar-sand, with enough bass and guitar distortion to transcend both space and time. Well-executed and fittingly eerie, they manage to nail in a fair amount of samples and scattered tempo changes to keep those ears fresh throughout 5+ minute songs. Inertia lead off with a melodic crust jam from the His Hero Is Gone-school of crust before they dip into the darker, bleaker territory of experimental noise. East Coasters should remain on look-out to catch these acts live in a city near you. 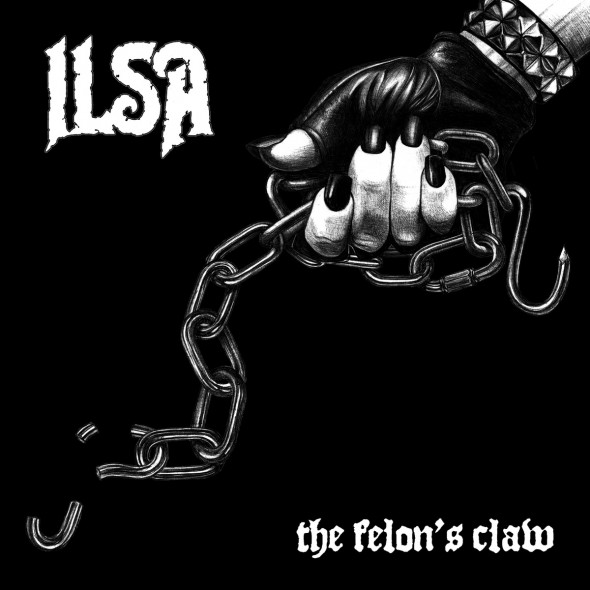 When I think of ILSA, I think of bone-shaking riffs and walls of distortion that come crashing down on the audience during a live ILSA performance. With that said, this is an album intended to be played at very loud volumes. These riffs are meant to felt as much as they are to be heard. Bass-drenched tones cascade from heavily distorted, mid-paced metal to slugging movements of crust that has become a hallmark of ILSA‘s and continues in no short supply here. DCHeavyMetal aptly commented on the record stating, “Ilsa’s newest offering is a filthy chunk of crusty death/doom, packed full of great riffs and screams. If you’re looking for a record to play in your dingy basement for a seedy get-together with various lowlives, you won’t find a better one than this.” All jokes aside, ILSA bring forth a potent mix of sludge-drenched crust as they flex their doom muscles a little more this round for The Felon’s Claw. Complimented by a delux, double LP set on yellow and blue wax (that look dope as shit btw)- The Felon’s Claw is sure to be a genre topper in 2015. 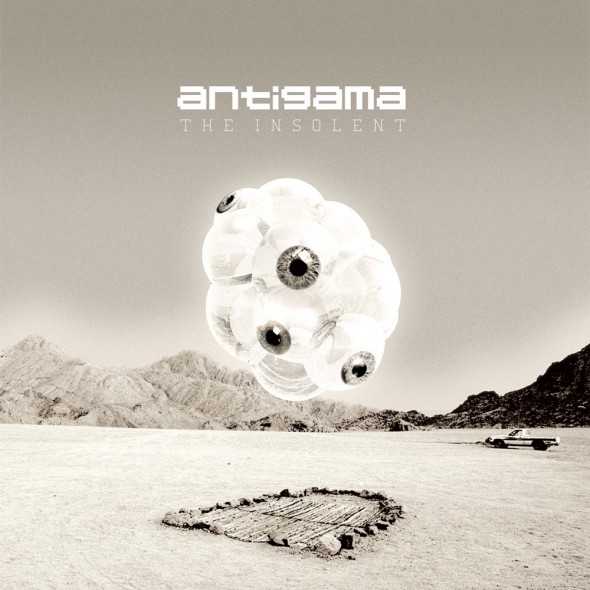 Poland’s grandmasters of radical grindcore, Antigama, have completed the seventh full-length installation of their cutting edge arsenal, entitled The Insolent, out now via a trusted alliance with Selfmadegod Records. Seeing the band further along their ongoing path of progression, The Insolent contains another intriguing alloy of their futuristic grind savagery heavily diversified with cosmic exploration and harsh dissonance through ten new tracks of unorthodox, rapid forward-thinking metal. Recorded in February at JNS Studio in Warsaw, The Insolent was engineered by Pawel Grabowski, mixed by Pawel Grabowski and the band, and mastered by Pig Destoyer’s Scott Hull at Visceral Sound in Bethesda, Maryland (Pig Destroyer, Agoraphobic Nosebleed), the album features a very special guest appearance of the legend of Polish electronic music scene, Wladyslaw “Gudonis” Komendarek, and bears cover art designed by Bartek Rogalewicz. 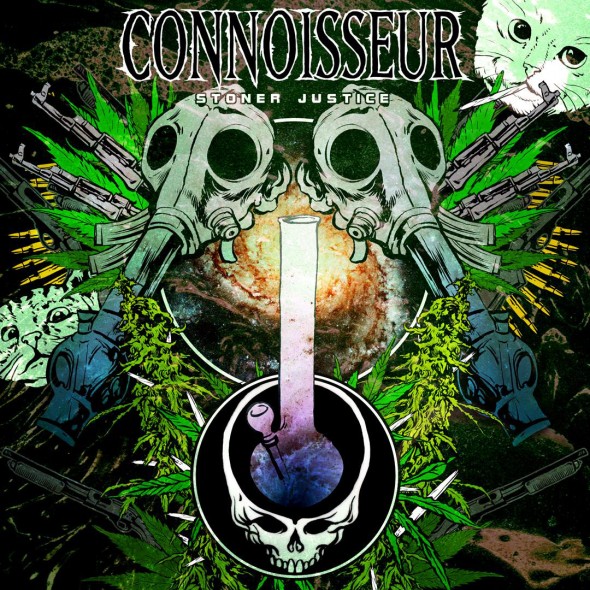 Likening themselves to Earth Crisis if they “smoked weed and listened to Spazz,” Connoisseur‘s Stoner Justice recording was initially released in EP form last year and captured by Greg Wilkinson at Earhammer Studios, Oakland (Annihilation Time, Iron Lung, Vhöl, Brainoil). Stoner Justice redux is remastered by Dan Randall at Mammoth Sound Mastering (Abscess, Toxic Holocaust, Voetsek etc.) and has been expanded to fourteen blunted ragers, including a live set professionally recorded at the Tankcrimes Takeover on February 13th, 2015 (mixed and mastered by the same team) and includes a mind-bending cover art collaboration by Skinner (Mastodon) and Hal Rotter (Atriarch, Cough, Eyehategod, Skeletonwitch etc.). Those who puff to the gutter-crusted resonance of Plutocracy, Spazz, Crossed Out, Dystopia, and Earth Crisis, listen up. 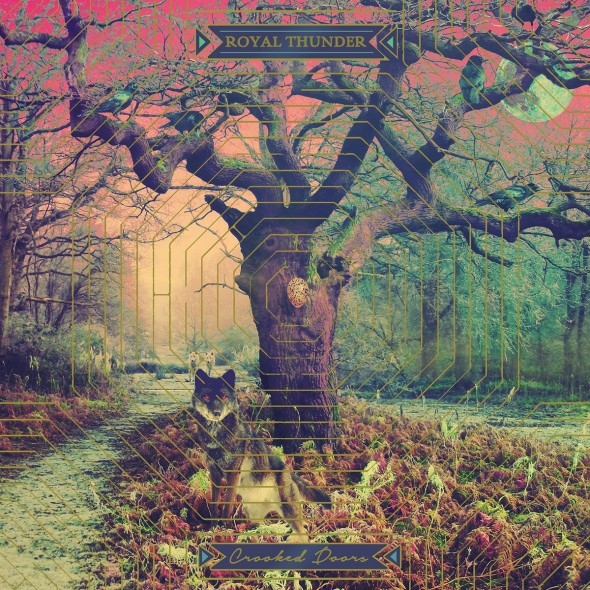 Royal Thunder’s latest full-length for Relapse Records, Crooked Doors was released in April, with NPR calling the work a “a stunning hard-rock record that examines what happens after a breakup of any kind.” Crooked Doors was recorded throughout 2014, with principal recording done at Aria Recording Studio in Marietta, GA with producer Joey Jones. The final output can best be summed up by Revolver who commented, “A harrowing hybrid of minor-key melodies and classic songwriting that conjures the commercial hooks of Heart, the brooding psychedelic tones of Monster Magnet and the transcendent vibe of Baroness.” 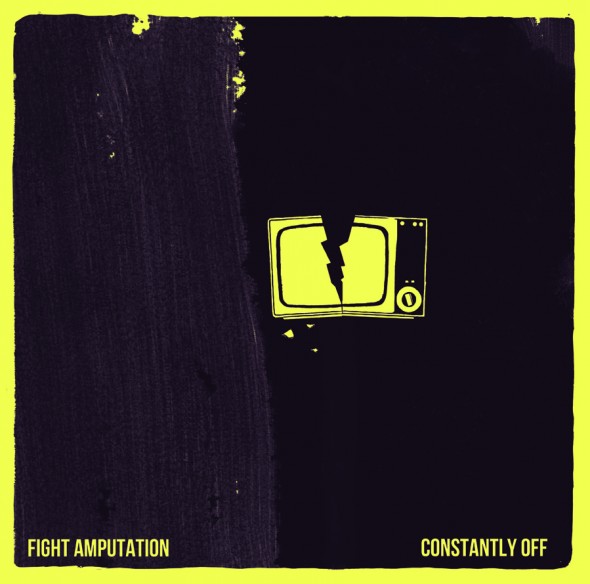 Constantly Off, the band’s first new record in three years, hit streets this week via Brutal Panda Records. The album was recorded in August 2014 at Gradwell House Studios in Haddon Heights, NJ with engineer Steve Poponi (Ladder Devils, Fight Amp, Into It, Over It). Constantly Off is available on limited edition LP with the artwork available in three different colors covers. Newnoise Mag hailed the effort stating, “Not only is this record drained of any excess, the individual tracks are tightly trimmed, left with little to no fat. The album begins with a roar with “Ex Everything” is a barn burning middle finger to the past. Once that riff hits, you’re sold. It’s like a locomotive heading straight for your cranium. The droning, passionate vocals evoke Torche’s eerily melodic touch. The music hits on all types of styles, Ken Mode’s punkish noise rock, the aforementioned Torche’s grungy sludge, Queens of the Stone Age’s desert rock, and East Coast punk.”