Editor’s Note: Below you will find a hodgepodge of mainly quick reviews by our staff, a few paraphrases of press information, and in some cases, we simply quote other notable music publications where we felt they summed it up best to compile our New Music Now picks. Enjoy. 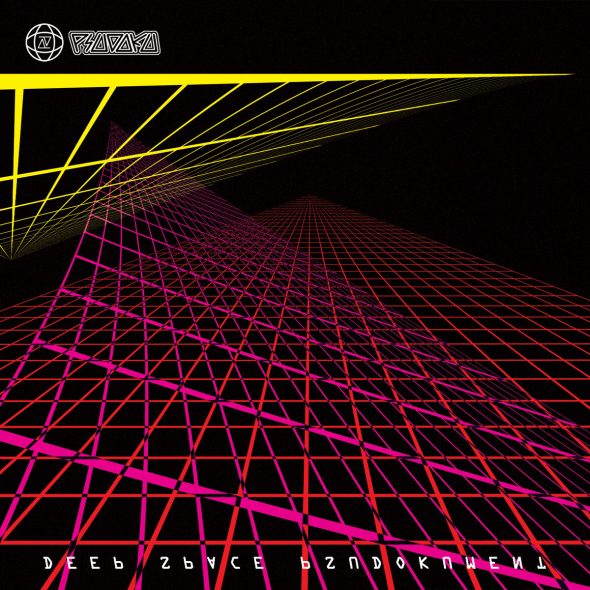 From the mind and sole proprietor that brought you such grindcore greatness as Parlamentarisk Sodomi and Brutal Blues, Norway’s Papirmøllen reaches new heights with his ‘space grind’ project Psudoku and latest effort Deep Space Psudokument. Much like the Parlamentarisk Sodomi output, Psudoku has to be heard to be believed. Pushing the boundaries of speed and density attainable in song, Papirmøllen has crafted his own brand of space grind floating in a stratosphere far above most of his musical peers. There are so many layers packed into each track that this album is deserving of its own archeological record. -BTS 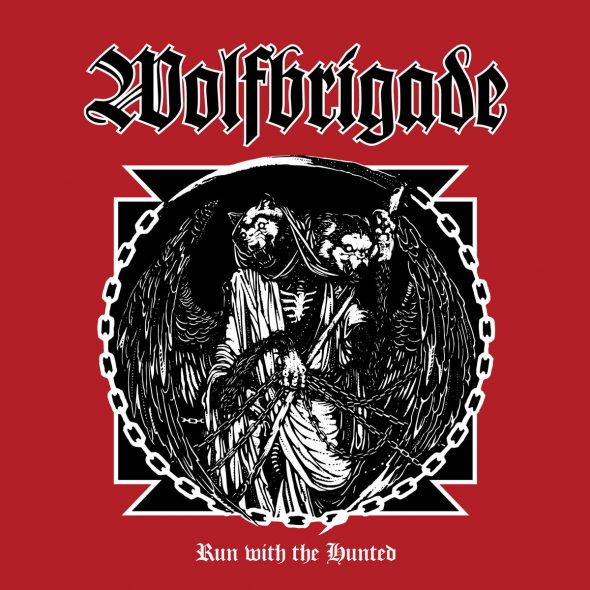 “Lycanthropunk powerhouse Wolfbrigade has unleashed their latest album Run With the Hunted, the title a nod to Charles Bukowski’s poetry collection by the same name, and a line that is also featured in the poem “My Fate.” Previously Wolfpack back in the 90’s (up until Allday Hell in ’99), the Swedish crusty d-beat blasters has been a mainstay in the genre. Though they haven’t done a ton of splits like a lot of punk bands do, Run With the Hunted marks the band’s tenth full-length and shows that they haven’t lost any of the energy in 22 slamming years.” – MetalInjection.net

p.s. We recently featured Wolfpack in our D-beat Mondays column. Dig it. 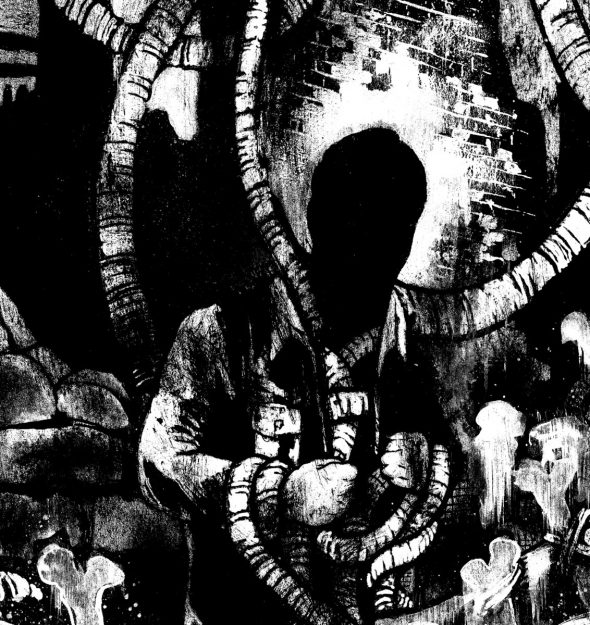 One of the most pulverizing grind forces on the East Coast and a cornerstone of the Worcester, MA underground music scene, Eaten are gearing up to release a new full-length via Give Praise Records this summer. Through a series of underground tours and constant hustle, Eaten have carved a niche able to meld smoldering grindcore and blazing death metal riffage at punishing speeds. These lads clearly have a keen ear for the classic sounds of the 80s and 90s but aren’t hesitant to bring things up to modern speed. Complimented by a human metronome and Berkeley-trained drummer Tim Hetu, this is a band that should be on the radar of fans of the genre. -BTS 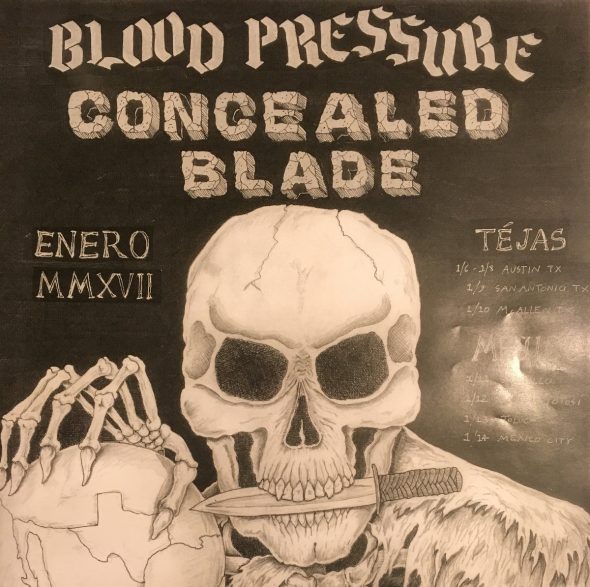 Blood Pressure are one of the best hardcore punk bands currently active as this Pittsburgh powerhouse delivers authentic punk that is in short supply these days. This latest tour demo serves as a tasty appetizer following the ferocious 2016 full-length, Need To Control that made our year-end top lists. Tapping into the intensity and no-frills attacks of classic hardcore punk bands like Negative Approach and SS Decontrol, Blood Pressure are currently carrying the torch for US punk proudly, touring extensively throughout North America and abroad steadily gaining momentum the old-school way. In addition to the aforementioned influences, Blood Pressure also allow glimpses of Japanese hardcore punk and European d-beat to shine through. Fun to note- Blood Pressure members have done time in such heralded acts as Government Warning and Heartless (to drop a few names). Here we clearly have a band comprised of members that have thoroughly studied and lived the genres they execute. Take notice- Blood Pressure is another band to keep an eye on in 2017. – BTS 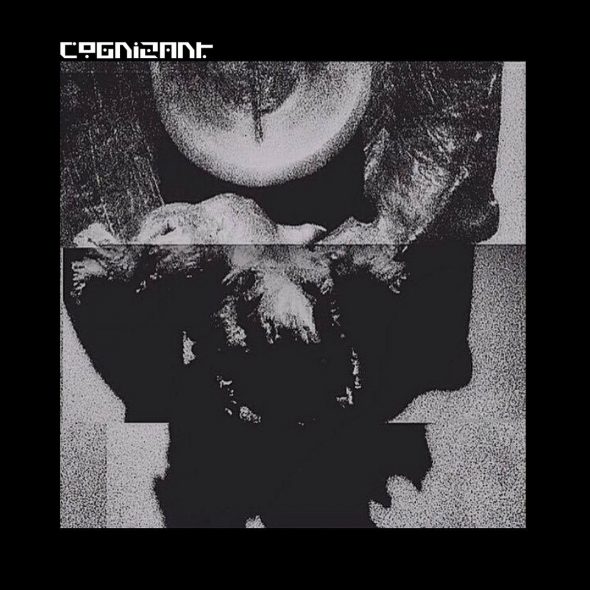 Dallas grind freaks Cognizant are gearing up to release a new self-titled album on June 16th via No Why Records. This latest material is an amalgamation of dissonant and technical approaches complimented by the blistering speeds and inhuman precision of renowned grindcore drummer Bryan Fajardo (P.L.F, Noisear, Gridlink, Kill The Client, Phobia). The self-titled album clocks in at just under 20 minutes and manages to fuse elements of both dissonant death metal in vein of Ulcerate in conjunction with speedy, choppy grindcore that fans of Discordance Axis will surely love. With this release, Cognizant bump shoulders with top purveyors of avant-garde and tech-grind. 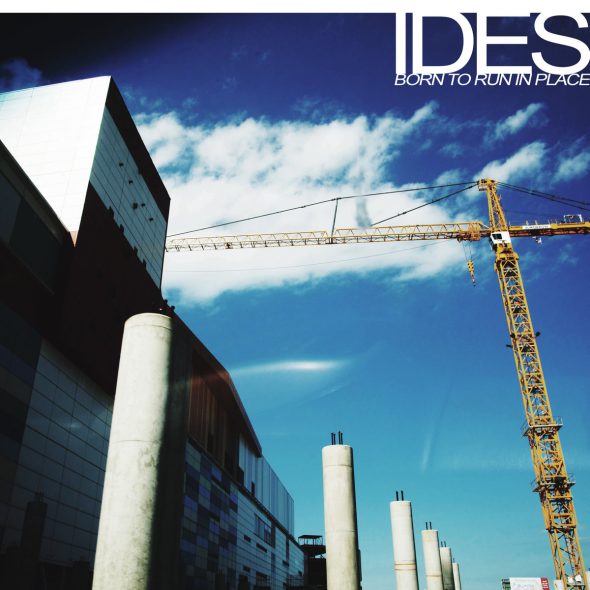 IDES are a raw, fast metallic hardcore band hailing from New Jersey. Through now six releases, the band is currently supporting the latest effort, 13-song ripper Born To Run In Place. Citing bands like Botch and Weezer as influences seem wholly appropriate here, as the overarching output feels like a hardcore punk band that dwells in a territory between quirky alt-rock and absolutely blistering metalcore. With Born To Run In Place, IDES has successfully tapped into the live energy that is widely responsible for the band’s growing buzz on the East Coast. Combine this with a recording that also fires on all of the proper sonic cylinders you’d expect from a well-produced, but not over-the-top production. Hails. – BTS 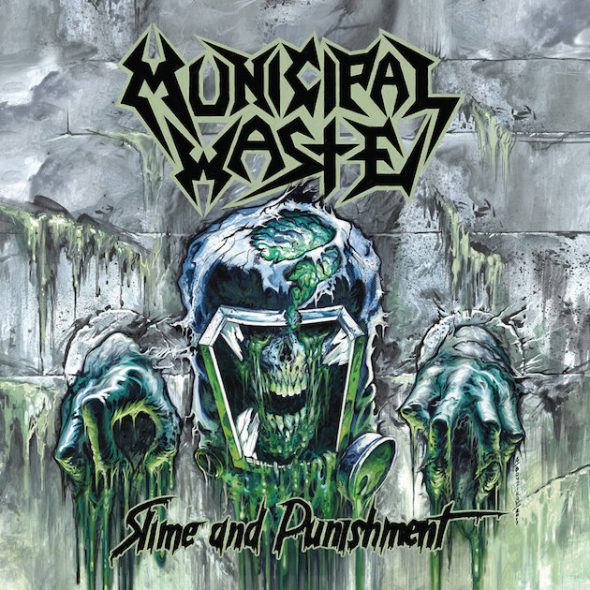 “Dropping its first full-length in five years, Slime and Punishment, we can’t necessarily say MUNICIPAL WASTE has grown up a bit, not with tracks titled “Bourbon Discipline”, “Breathe Grease”, ‘Poison the Preacher’ and ‘Shrednecks’. While not as in-your-face riotous this time around, Slime and Punishment is another fast scamper—14 songs in less than half an hour, awesome sauce—through the muck that gives MUNICIPAL WASTE its grimy verve. That will suit its fans plenty.” – Blabbermouth 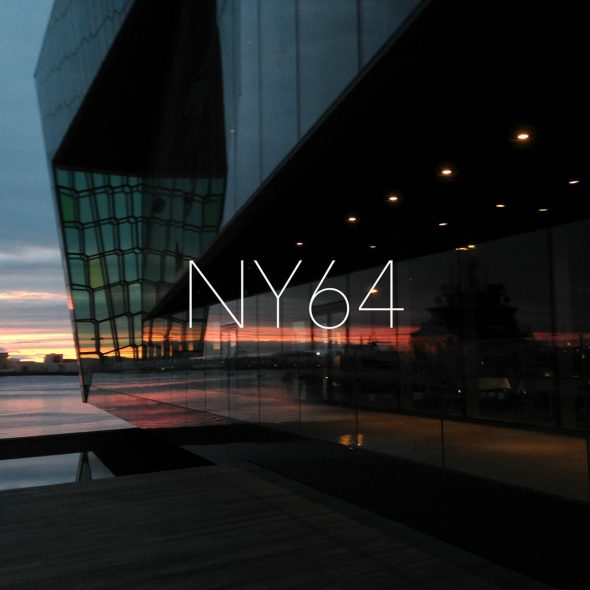 “This wholly instrumental quartet, whose members have served time in the likes of East of the Wall, You and I, among others, presents a unique approach to the post-hardcore style. These Jersey boys take pages from the 90s wave of post-hardcore acts, while liberally introducing more intricacy, as well as a nice amount of progressive flair (à la East of the Wall). The result here is a half-hour of meticulously arranged, yet driving metallic splendor.” –Svbterranean.net 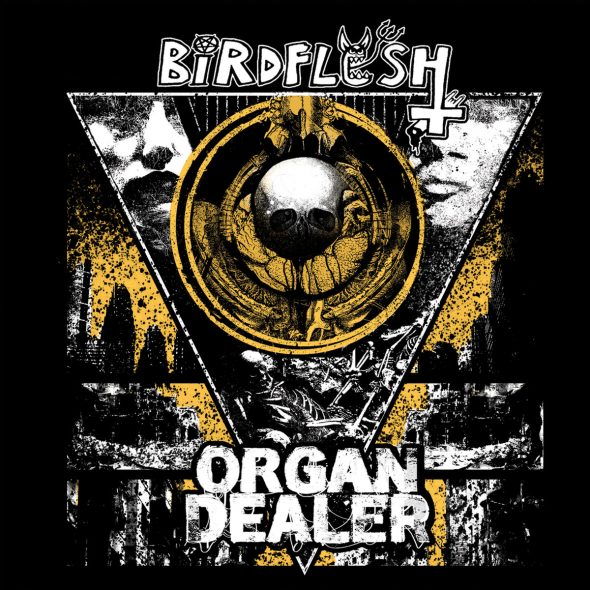 Sweden’s Birdflesh are celebrating 25 years of grindcore glory in form of a new split LP with NJ’s own grind purveyors in Organ Dealer. Recorded independently, both sides were mastered by the more than worthy hands of William Blackmon of grind masters Gadget. As one would expect, this release slams the gas pedal to the floor forcing the listener over arduous terrain with blast beats aplenty for the pure grind enthusiasts amongst us. -BTS 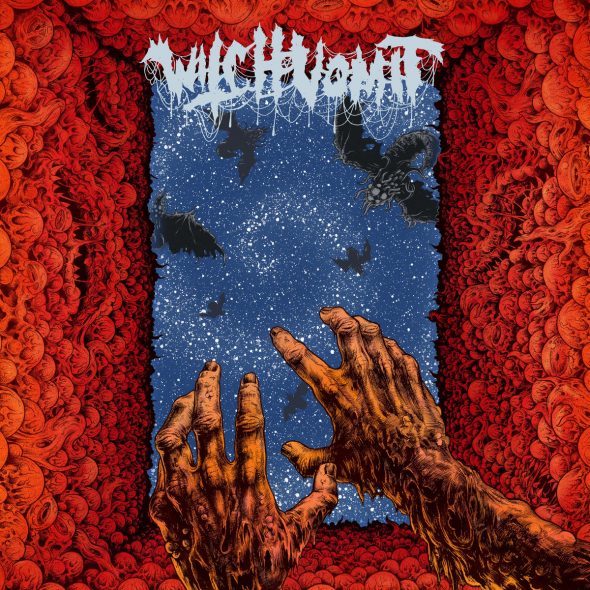 “Unholy beast – WITCH VOMIT is yet another PDX band that can’t be fucked with! Their songs are Mack trucks that will drive over the skulls of anyone that stands in their way! On June 30th, their debut record entitled Poisoned Blood comes out via 20 Buck Spin. I can say with 100% conviction that this is one Death Metal record that must end up in our vinyl collection. I love how WITCH VOMIT songs pack the punch of D-Beat while twisting your brains cells in unrelenting storm of putrid Death Metal grimness.”- CVLT Nation 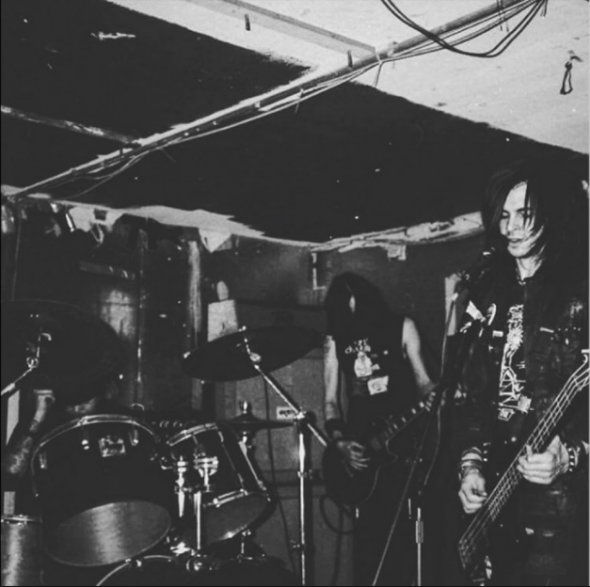 Philly’s Mortal War deliver proper crusty death metal with 4-song debut demo Gates of Hell, that appropriately closes with a cover of Amebix song ‘Winter’. Underground crust buffs may find vocalist Jeremy Stella’s voice familiar as the bassist/vocalist has long delivered the guttural attacks for North Carolina d-beat powerhouse No Tomorrow. Here again, we a have a band comprised of members that have long lived and studied the genres they contribute to allowing for an authentic and immediate sound that properly pays homage to the best classics while progressing forward in 2017. Looking forward to a longer release from this band. -BTS 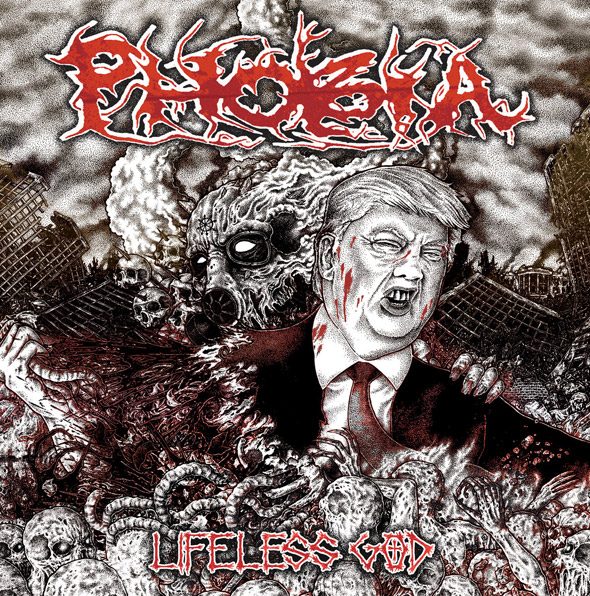 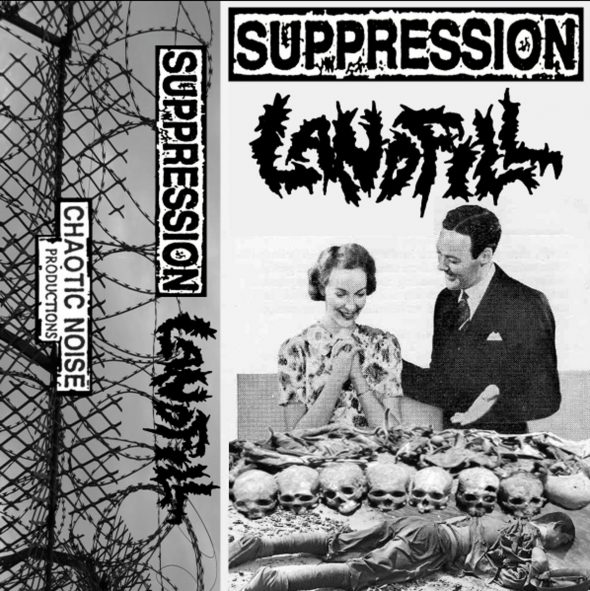 A double-dose of 2-piece grindcore goodness seems like a proper way to close out New Music Now XXIII. Richmond, VA’s longstanding duo in Suppression have teamed up with Lima, Ohio’s Landfill for one of 2017’s most blistering grindcore releases. The Landfill side of this tape is chock-full of jagged punk riffs and grind played at breakneck speeds. The vocals take on a direct hardcore punk approach that centers this effort and lays the foundation for some serious potency. This makes me think of what Despise You might sound like sped up and fired through walls of more ominous and ugly distortions. Suppression jump right in taking the distortion and noise level from ’11’ to ’15’ with no apologies. Here we find a super-fast punk and grind underbelly completely drenched in distortion and noise where not even the vocals are spared. Caught these guys at Maryland Deathfest this year and was floored by their performance. Be sure to catch these guys live if they roll through you town. Y’all been warned. -BTS