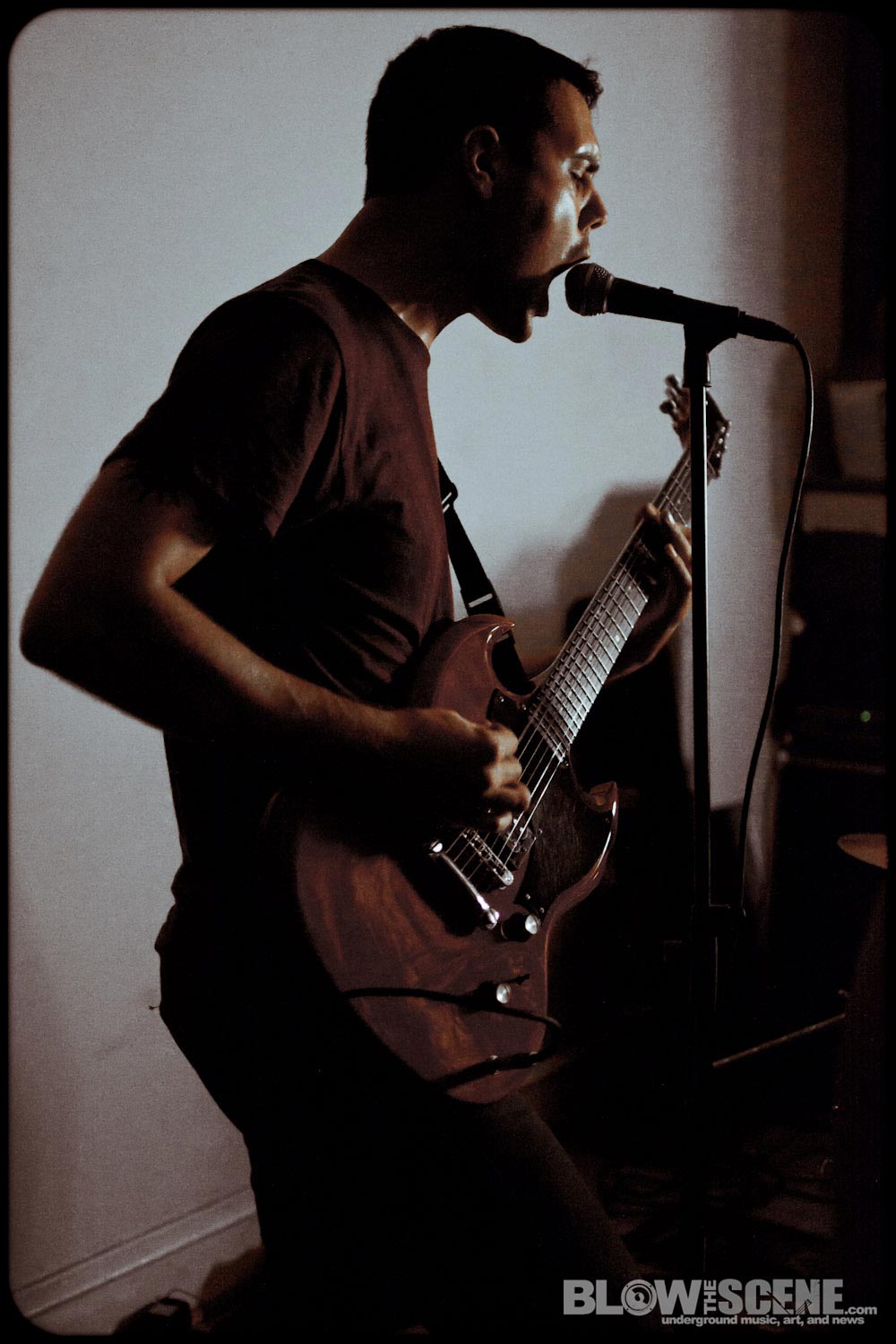 We have a series of stellar column kick-offs coming your way over the next few weeks and up first, we launch the One Path Review featuring Thomas Schlatter who writes for and runs One Path For Me blog. We’ve known Tom for years as he plays guitar, drums, and breaks off vocals for some of our favorite bands from the East Coast. Tom’s musical approach on guitar in In First Person and Black Kites was multi-amp wonderfulness with varying layers of tones and distortions that sent many of his musical peers back to the lab. Tom also drums for politi-hardcore band Less Life and plays bass in a budding project entitled Capacities and this is only naming a select few projects. Tom is revered by fans and friends alike and it’s not surprising he was featured as a vocalist on Thursday‘s influential second LP, Full Collapse.

I’ve always preferred music reviews by musicians, as opposed to someone writing from the “outside.” A mastery of one’s art always makes for a more informative review and Tom’s musical ability and innovation is one our all-time favorites in the hardcore/punk spectrum.

We’d like to introduce the One Path Review column with an interview of our new featured columnist Thomas Schlatter. If you missed our prior interviews with Tom’s bands Black Kites and Less Life, be sure to scope those as well!

Tomorrow we’ll have Tom’s first review and official kick-off of One Path Review, so be sure to stop back and check it out!

Joshua BTS: So Thom- We’d like to get some background history on you before we kickoff your Blow The Scene review column. We know you have played in renowned bands such as Black Kites, Thursday, and Less Life– When did you make the transition into reviewing music?

Thomas Schlatter: I started playing in hardcore bands when I was 15. I’m 33 now. Since then I’ve always been in a band in one form or another. (Just to be clear, I was never in Thursday, I just did guest vocals for them on an album and did some live appearances). The move to write about music started as a New Year’s resolution on the first week of 2012. Hardcore was drying out around New Jersey and I was not feeling too optimistic about a lot of the new “hype” bands I was hearing about. Starting the blog (One Path For Me) was a way to challenge myself to find some new music that would get me excited about hardcore again. The transition to writing was more of a vehicle to make me sought out some new tunes.

Joshua BTS: Any particular style of music you enjoy covering? Anything you won’t review?

Thomas Schlatter: I mostly stay in the punk, hardcore and indie neighborhood since that’s what I’m most familiar with. There are no boundaries really, but that’s the stuff that really speaks to me the most. When I started reviewing I asked that bands provide their lyrics and artwork so I could use that to paint a complete picture. There are two instances where I won’t review something. My first disqualifier is if the band has imagery or lyrics that portray racism, violence against women, homophobia, etc. Sure, people can cry “censorship”, but the way I see it is One Path For Me is my blog, so I can set the standards. If people don’t like it they can start their own blog. That’s the great thing about these smaller internet blogs. Anyone can make them. They take no start-up costs or overheard; they just take a little commitment. My second disqualifier is if I listen to the band and just can’t find anything good to say about the music. Of course, with reviewing for Blow The Scene I’ll be happy to review and totally rip apart anything I don’t like (haha).

Joshua BTS: Have you received any formal writing training?

Thomas Schlatter: Since as far back as I can remember I’ve had a speech impediment. There is no cure or treatment for me, other than to stay very relaxed and keep my blood pressure down. I have a stutter that can go anywhere from very mild to totally hindering. Writing became a much easier way to communicate very early on. For the same reason, I really latched on to playing music. 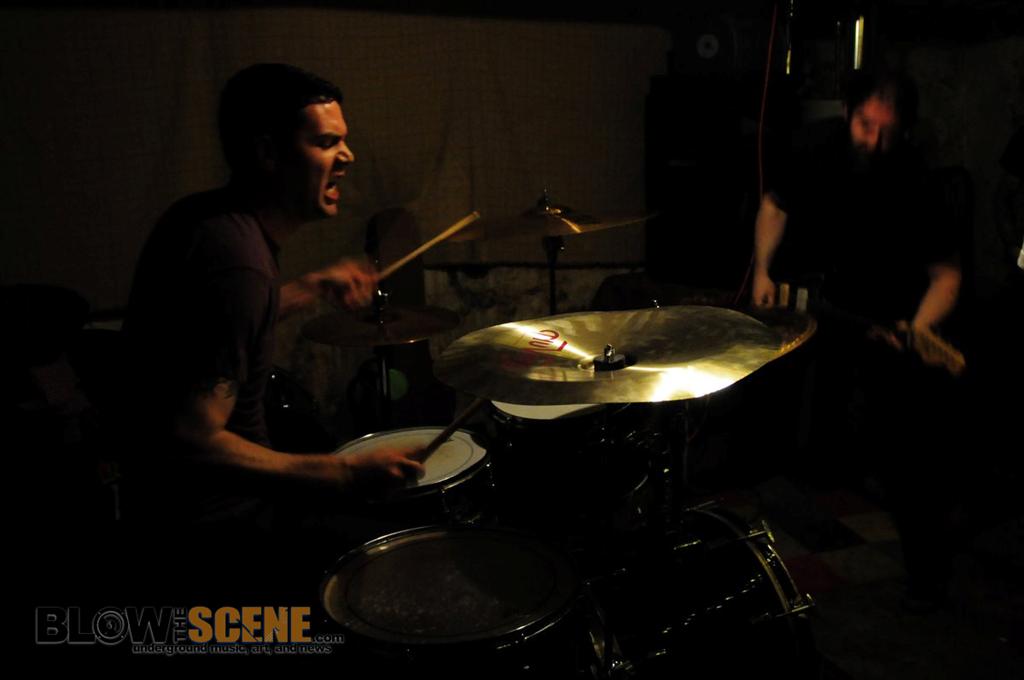 Joshua BTS: What instruments do you play and what bands are you still currently active in?

Thomas Schlatter: I’m currently playing bass and doing some vocals in a band called Capacities. I do my best on drums in Less Life. I also have a project where I’m playing guitar with some members of other bands who live across the country. That’s sort of a studio project, but may end up playing some shows here and there.

Joshua BTS: Do you write commissioned reviews for work or solely as a leisure activity?

Thomas Schlatter: This is solely a leisure activity.

Joshua BTS: Any other musician/writers or just plain writers that you look up to? Perhaps some that helped you develop your own writing style?

Thomas Schlatter: Fictional writers like Kurt Vonnegut and Pete Hamill are very interesting to me because they write fiction in a very “matter of fact” way. My writing is probably similar in that style, however, I could never come up with the intricate plots and character development that those writers thrive at in their fiction writing. Non-fiction is where I’ll stay, just writing about observations I have. That’s all music reviews are really; observations.

Joshua BTS: Any online magazines or print magazines that you feel are doing a bang-up job right now? Besides us of course. Just Kidding! [laughing]

Thomas Schlatter: Melodic Bears, I Cuddle Tomorrow, and The Elementary Revolt are three blogs I tend to follow on a regular basis. They have good content and bands that I tend to be interested in learning about.

Joshua BTS: Do you feel your musical experience and performing with bands that collectively share a similar struggle gives you an oversight that other writers may be missing out on? Does your musical experience make it more difficult to discuss the negative aspects of a given work? Let’s face it- Artists are sensitive about their work no matter how delusional he or she may be about the quality.

Thomas Schlatter: As a musician, there is definitely that “third eye” you get that gives a very different perspective on listening to music. If anything, it makes me comfortable discussing the downsides of a band’s composition because I feel I have a bit more ground to stand on when describing why it doesn’t work for me. With no musical knowledge I would just be saying “it doesn’t sound good”. But, as you said, I’ve faced the same struggles of trying to execute song dynamics with some success and some failure. So, yes, there is definitely an advantage to being a musician in this regard. 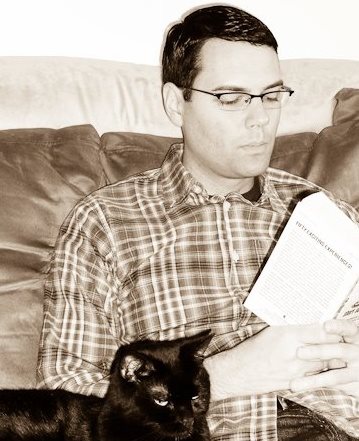 Joshua BTS: I know you approach your music projects with a ton of creativity and passion- Do you hold the bands you review to this level of musicianship?

Thomas Schlatter: With hardcore, punk and indie it’s typically a case where bands have to be doing this because they really want to. That’s what I love about it. Even “larger” bands aren’t really getting paid in the way most people think. No one is paying for their new Porsche or buying a mansion with the profits from a hardcore record. So that passion has to be there if you’re going to invest your time into being in a band.

Joshua BTS: Do you only review EPs and albums? Or will we be seeing live, book, art, or even movie reviews coming from your corner?

Thomas Schlatter: I’m going to stick with music. It’s what I know. I couldn’t possibly even begin to touch the technical, inner workings of anything else as well as I’ve been able to with music.

Joshua BTS: Without giving away too much- What do you have coming down the pipeline that you will be sharing with BTS readers?

Thomas Schlatter: The future is a blank slate.

Joshua BTS: Any final thoughts as we look forward to your forthcoming column series for Blow The Scene.

Thomas Schlatter: Let’s get it on.