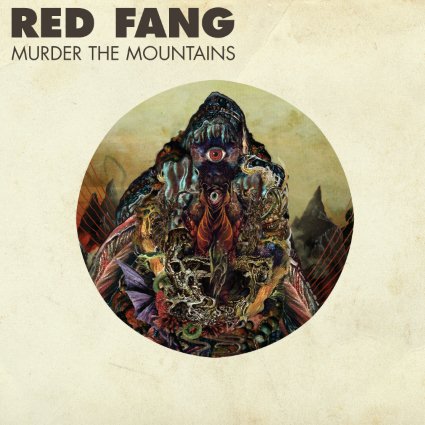 Take Black Sabbath, Kylesa, and Mastodon, toss them in a blender and set to crush. You may come out with a sound vaguely reminiscent of Portland’s Red Fang and their forthcoming release, Murder The Mountains, set to hit streets April 12 via Relapse Records. This underground super-group of sorts is comprised of Bryan Giles (Last of the Juanitas, Party Time), Aaron Beam (Dark Forces, Lachrymator), David Sullivan (Party Time, facedowninshit, Shiny Beast) and John Sherman (Party Time, Bad Wizard, Trumans Water, All Night).

The aforementioned guilty parties join forces to create a huge, down-tempo, down-tuned metal sound that falls in line with the recent sludgy, psychedelic-rock resurrection powered by Baroness, Kylesa, and newcomers Black Tusk (who would all make fitting tour mates for Red Fang). I know I’ve gone comparisontastic on this review, but it should be noted, Red Fang offer solid elements of originality amidst the many similarities to their musical peers. The multifaceted vocal approaches throughout Murder The Mountains create dense layers of haunting melodies to compliment an underbelly of rock n’ roll that is simultaneously poignant and ambient. It is in these undefined moments of transitioning from heavy metal riffs to more ambient, open structures that the production of Chris Funk (The Decemberists) and mixing prowess of Vance Powell (Kings of Leon, White Stripes, Raconteurs) really shines. This is none-more-apparent than on track “Wires,” where the band delivers head-bangin riffs, catchy vocals, with underlying leitmotifs of buried guitar melodies and varying distortions. The overlying pop-sensibility even brings to mind early Queens of The Stone Age on this stand-out track. Red Fang are not just climbing on the shoulders of the down-tempo psychedelic rockers to come before, but have taken their wide array of musical experiences and come together to create a sound distinctively their own.

Pre-order Murder The Mountains at Relapse.

For streaming songs, check out the Official Red Fang Facebook. 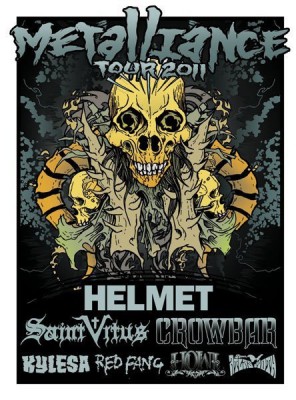 The now infamous video for “Prehistoric Dog” off of Red Fang’s self-titled debut release in 2009: