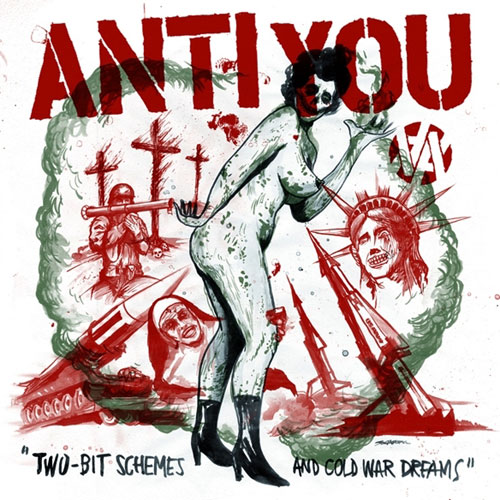 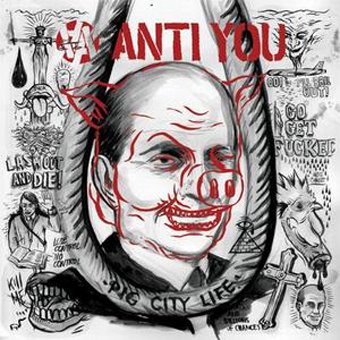 Fans of hardcore punk will be treated to a triple threat release by Six Weeks Records February 15th with Anti You‘s 2010 LP, Two-Bit Schemes and Cold War Dreams offered in CD and Digital formats for the first time with the rare Pig City Life E.P. and follow-up EP, Johnny Baghdad included in this 28-song collection.

Hailing from Rome, Italy, Anti You take influence from the classic punk rock sounds of Black Flag and Circle Jerks and combine them with nods to next-generation mainstays Direct Control and Government Warning. Throughout this 28-song collection, Anti You stick very firmly to classic-styled punk rock releases of years past. Most tracks hang in at around 1 minute in length with fast-paced, up-beat tempos, gritty distortion, and an overall feel that transcends the energy of the band’s live interpretations. Lyrically, Anti You take aim at corporations, government conspiracies, and police brutality.

Apart from said influences, Anti You work in subtle leitmotifs within their sound that incorporates OI!, Jersey punk rock, and a guitar tone that resembles the surf-rock sounds of the West Coast during the 80s and 90s. Opening tracks, “Lobotomizer Man,” “Absolution,” and “A Sign,” even bring to mind the sounds of Jersey’s now defunct, Bigwig, with catchy choruses and sweeping progressions. 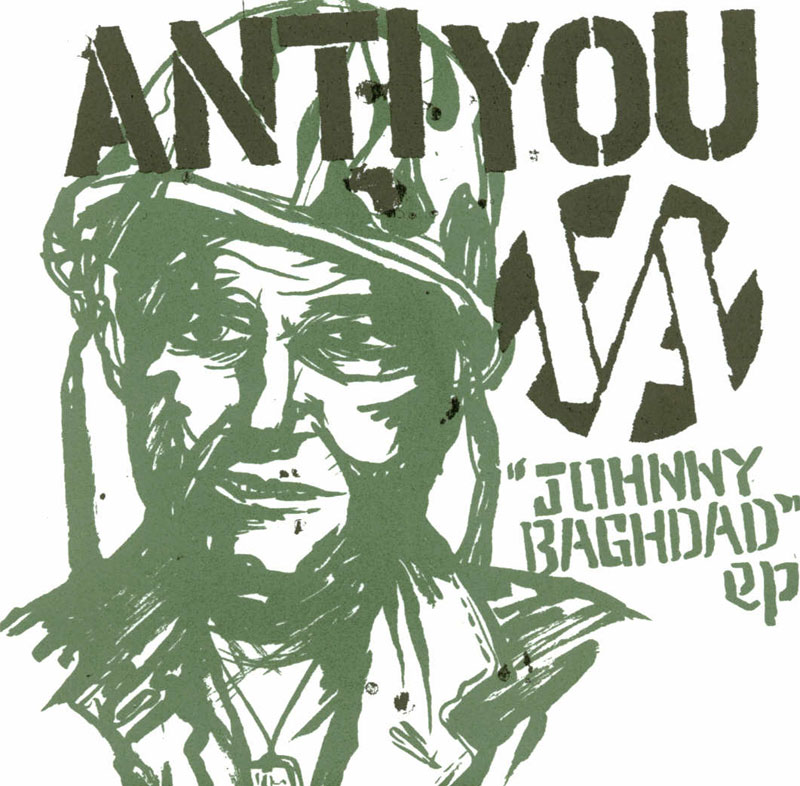 Standout track, “Punks Quit” comes in guns blazing with shredding guitar riffs and poignant drumming that makes an intense b-line from floor-tom driven, dbeat-influenced approaches, to the infectious chorus with catch lines “After the curtain has finally dropped, after the end of the righteous show, after delusion, depression and shit. They do what most punks do.. they quit!”

Overall, Two-Bit Schemes and Cold War Dreams is the perfect release for those looking for some new listening material to reinvigorate his or her punk rock spirits. Anti You are not reinventing the wheel but have offered a worthy contribution especially for niche listeners turned off by the more recent surge of over-polished, neat and tidy, so-called “hardcore punk” releases.

And that’s not all! Six Weeks Records is giving away A Free Copy of the CD and LP to 2 Lucky BTS Readers!! Be the first to Email info@blowthescene.com to claim your free CD or LP!

For More info and Pre-Orders go to Six Weeks Records and Anti You
Two-Bit Schemes and Cold War Dreams avail through Amazon Feb 15.