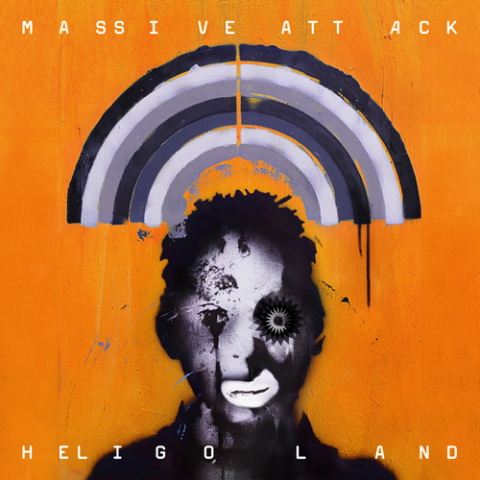 Chances are, if you can ensnare the assistance of the likes of David Bowie & Tom Waits on your album, it’s hard to miss the mark. These were two of the many rumored A-Listers that were to be featured on Massive Attack’s first non-soundtrack release since 2003’s 100th Window.

However, Massive Attack made due with plenty of quality, albeit not top-billing stars such as Tunde Adebimpe from TV on the Radio, Guy Garvey of Elbow, and Damon Albarn of Blur/Gorillaz fame. The results of course, are very hit-or-miss. If you’re a fan expecting another perfect album like 1998’s Mezzanine, you are going to be disappointed. But if you were let down a bit with 100th Window, you may find that this album excels in areas that the previous LP did not.

The real centerpieces of the album are the ones that Robert ‘3D’ Del Naja and Grant ‘Daddy G’ Marshall take full control of. The guest list at times might seem a little arbitrary; it seems they want to take in new talents to help push their material to new heights. Instead of opting for their real breadwinners, such as Elizabeth Fraser of Cocteau Twins, they went for fresh blood like solo musician Martina Topley-Bird and Hope Sandoval of Mazzy Star.

Horace Andy also makes a few appearances, as he’s been a popular mainstay for the band. “Girl I Love You” is one of the spectacular standouts on Heligoland and shows you that when the dynamic duo of 3D and Daddy G are hitting on all cylinders, there’s really no stopping them. The throbbing bassline creates a wonderful sense of tension, and there’s no denying the sheer power and beauty of Horace’s voice. It should come to no surprise for long-time fans of Massive Attack that his contributions are nothing short of amazing each time he lends his voice to their compositions. Horn stabs help relieve the tension, and Andy’s unique vibrato really carries the song.

The production values on this album are not to be glossed over either. Much like the past few albums this decade, it has a sparkling clean production with plenty of dark atmospheres to avoid sounding too polished. This is especially evident on tracks such as “Splitting the Atom,” where you can hear Daddy G speak-sing to you as he did with “Risingson” from Mezzanine. It’s an extremely sexy jam once again dovetailing with Horace Andy’s beautiful singing.

Another absolute masterpiece is the Damon Albarn guested “Saturday Come Slow.” Beautiful deep and lush acoustic guitar combined with a smooth bassline and percussion that is just under the surface, blossom under the jurisdiction of Damon’s voice. “Do you love me?” he asks of the listener. Yes, Damon, we love you. We love this song. Again, this is another spot that just hits the mark. It’s extremely mellow, sexy, and gorgeous. The layers that Del Naja and Marshall place underneath are nothing short of awe-inspiring, with synths and sound effects, some muffled electric guitar, and tambourine. Stunning.

But we must, of course, explore the few glaring issues with Heligoland. If this is your first Massive Attack experience, you’ll probably thoroughly enjoy this record. But for those familiar with their back-catalog, a bit of “borrowing” has occurred from their previous hits. Take for example the stark track that is “Rush Minute.” Part “Inertia Creeps” (Mezzanine) and “Special Cases” (100th Window), the song has an incredibly dark feel to it, but it’s not any new territory. While it’s hard to get tired of Del Naja’s seductive voice, you can feel like they’re grasping at straws when they put some of this stuff together.

The idea behind longevity is the ability to go beyond your critics and challenge yourself to new territory. Anyone can churn out the same material year after year, but those who actually are willing to take on those hurdles head-on are the ones that often see the most success. Not only do you often win over new fans, but your current base (no matter how divided they may be) will often laud those accomplishments and your ability to be flexible and take risks.

One example of this challenge is the fluttering butterfly that is “Psyche.” Martina Topley-Bird has two cuts on this album, but this is the better of the two. Beautiful classical guitar patterns settle over-top a simple kick drum and stuttering hi-hat. When she utilizes some of those beautiful harmonies and the strings appear, it’s a very zen-like moment. The other nice element is that it’s one of the shortest cuts on the LP, clocking in at about three and a half minutes. This allows it to nestle in without overstaying its welcome. If the pair attempted to utilize these methods throughout, this album could easily be near-perfect.

The copy of the intro “Future Proof” (100th Window, you may recognize it from Smirnoff vodka commercials) is the unfortunate miss that is “Flat of the Blade.” Guy Garvey from Elbow, who will remind most listeners of Chris Martin of Coldplay, is one of the better vocalists out there from Great Britain (and is a little more focused than Martin to boot). His contribution should’ve been so much more; on a different track, he would’ve settled in and made the contribution soar. Instead, it’s more like they snagged the nearest sounding Bjork/Matmos beat and told him to “Just go with it.” Once you get ¾ of the way through the song, it just starts to get interesting before dying out. A real disappointment for such a promising synergistic idea.

“Paradise Circus” features Hope Sandoval from Mazzy Star. This was an interesting choice for a guest voice. While the track is not in itself bad at all with its marimba-led melody and simple backbeat, it makes you wonder why she was picked over the can’t-miss collaborator Elizabeth Fraser of Cocteau Twins. Fraser’s contributions to Massive Attack’s music have always hit the mark, whether it’s the sullen “Teardrop” (Mezzanine, and the theme song to House, M.D.), the introspective “Silent Spring” (Collected), or the other two home runs from Mezzanine, “Black Milk” and “Group Four.”

The other thing that really hurt the group over these past dozen years is when Andy “Mushroom” Vowles left the group. You could feel that absence with the direction they took in experiments like scoring soundtracks, various side projects like U.N.K.L.E., and of course the group’s mediocre 100th Window. Vowles really was the other side of the proverbial see-saw that made Massive Attack’s music work so well throughout the 90s, and it’s hard to dismiss his influence on Protection, Blue Lines, and Mezzanine. Neil Davidge has stepped up to help with the writing (although he wrote a lot of Mezzanine but didn’t receive credit in the liner notes), but it’s just a shame that the trio has been a duo for so long. In fact, Daddy G didn’t even really contribute to 100th Window, as that was almost entirely Del Naja and Davidge’s project.

But enough with the history lesson and speculation; the bottom line is that Heligoland is a pretty good album, it could have been a great one. A few excellent tracks interspersed with some good ones are marred by a cadre of forgettable cuts that drag the record down several points. This probably won’t be making too many Top 10 lists at year’s end, but it’s still worth a spin when you’re in a pensive mood.