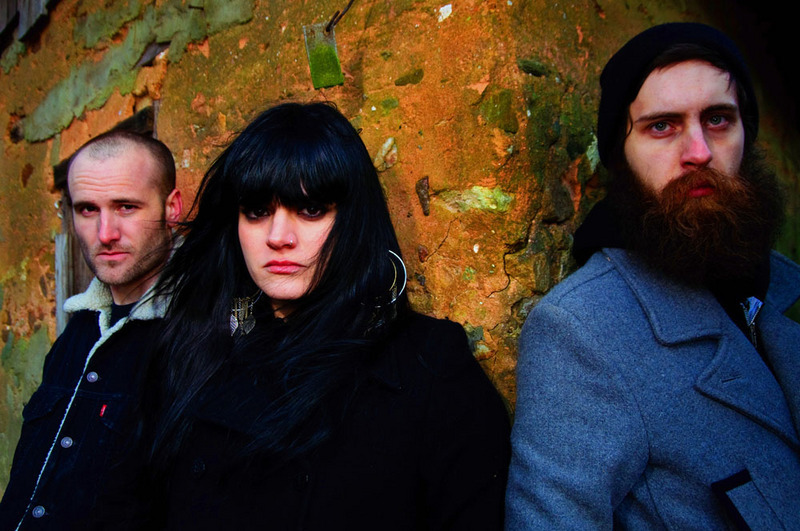 Royal Thunder’s self-titled EP is all about waiting for the big pay off. The songs are a dark brand of rock built brick by brick on gloomy Southern riffs that twist around soulful, moody vocals. At times they are molasses slow, but patient listeners will be rewarded in due time – both on the EP and in the promise that this band holds for the future.

The EP is being reissued on December 21 by Relapse Records. The best thing about the release isn’t even the material itself – it’s the level of potential showcased by the Atlanta trio. It’s staggering to consider what this group is capable of under the guidance of Relapse, which is also set to release the band’s full-length sometime in 2011. Between the soulful voice of frontwoman/bassist Mlny Parsonz (whose first name is vowel-less minus the “sometimes y”), bluesy crunch of guitarist Josh Weaver and steady thump of drummer Jesse Stuber – the band certainly has the talent needed to create one of the best albums of next year. 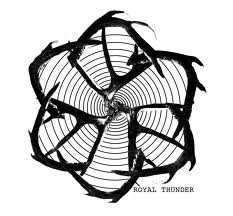 The intro track to the EP begins with standard ambient noise – the sound of the deck of a creaky boat accompanied by the wind, waves and ethereal signing. This builds the mood for “Sleeping Witch,” which continues on with its own slow intro that grows like a creeping vine while the guitar throws down a number of heavy bends. Parsonz’s vocal delivery sounds much like Alison Mosshart of Jack White’s third band, The Dead Weather, except without all the filters and fuzz (Parsonz also looks a bit like Mosshart – with jet-black hair and sharp bangs). At times the guitar carries a QOSTA-style robotic desert rock drone while still carrying its own Southern tone. There is also a touch of well-executed doubling effects used on the vocals as the song climaxes alongside pedal-laden swelling guitars.

The strongest showing on the EP by far is “Mouth of Fire,” which comes out swinging with a The Sword-esque bomb-string riff. The song is super catchy and brings to mind ripping guitar acts such as Clouds à la the Legendary Demo and Maylene and the Sons of Disaster minus the Bible-totting themes.

The song “Low” uses a Kylesa-like intro to creep into this slow rocker. This song grinds on for a bit until they crank it on with a great guitar work at the end of the song. Like much of the EP – you’ve got a wait for the pay off.

“Grave Dance” and “Hotel Bend” continue this creepy crawler pace. The former make frequent use of the devil’s chord – a wavering tritone – to provide a dissonant quality alongside Parsonz’s vocals. The later track doesn’t even start until about half way through the song – a bit of intro overkill here.

The final track, “Deacon,” begins much in the vein of “Hotel Bend,” but luckily it blows up earlier and provides a strong closer for the EP. Parsonz howls about being the “chosen one” while Weaver pounds power chords. The song enters another slow section complete with chimes. This seven minute opus comes thundering back at the two minute warning with a big drum roll and a signature stoner riff.

Despite the sluggish pace on several tracks – this is a thunderous EP. Get ready to bet it all on black when this band rolls into town because Royal Thunder is poised to strike gold in the New Year.