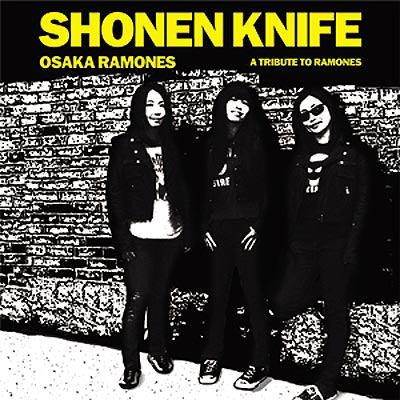 The year is 2011. The idea of pop-punk is pretty nauseating to most writers and serious publications. However, a few bands such as Shonen Knife show the world how to incorporate punk rock sensibilities and pop structures. There’s good reason as to why American bands such as Sonic Youth and Nirvana have reached out to play with these fiery ladies.

The band has been influenced by everyone from The Beach Boys to Black Sabbath, but in this case, they show off their Ramones chops. The 13 track collection covers favorites such as “Sheenah is a Punk Rocker,” “Beat on the Brat,” and of course “Blitzkrieg Bop.” Besides the stellar production values thanks to co-producer Robby Takac (Goo Goo Dolls), the band likes to add more melodic elements to the songs you already know. Take for example “Blitzkrieg Bop,” which incorporates 60s surf-rock and girl-band harmonies during the chorus section. And as everyone’s curiosity is piqued, yes, because they are Japanese, they have the crossing l’s and r’s. But honestly, unless you’re a complete stickler, you may chuckle once or twice when you hear them sing “Britzklieg Bop,” and then realize how great their spins are on the classic jams. 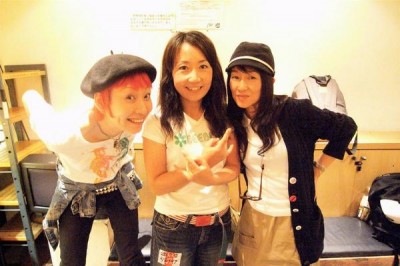 The band managed to do the songs that most casual Ramones fans are accustomed to, but there were some interesting selections. The mid-tempo jams actually tend to have the most character. As much as you want to hear lead vocalist/guitarist Naoko Yamano jet through the speedy tunes “Rock and Roll High School,” “Rockaway Beach,” and the aforementioned “Bop,” it’s the slower songs that really sell this compilation more. “We Want the Airwaves” has some really great melodic movements that would’ve made Joey Ramone and crew ecstatic to hear this new interpretation.

“She’s the One,” could easily be a Go-Go’s recording. Once again, bassist Ritsuko Taneda and skins-master Emi Morimoto assist with background vocals that gives the song some new life. However, some of the songs do miss the mark a bit. “Beat on the Brat,” is admittedly one of my favorite Ramones songs. The harmonized vocals are once again a welcome addition, but somehow some of the raw attitude of the original is missing, which is somehow more easily overlooked through the rest of the record.

There are also tunes such as “Chinese Rock” that actually feature a little bit of lead guitar work. It’s unfortunate that Shonen Knife didn’t decide to go with a longer compilation and perhaps some more selections that could highlight their talents. Another small nit-pick on this is the recording of the drums. The bass, snare, kick, and cymbals seem to have sufficient “oomph” to them, but somehow, the toms lack the chutzpah that would do the band proud on this recording.

The band made a solid selection to close out the record, though. “Pinhead” was a great choice, with the “Gabba Gabba Hey!” sing-along. There’s some wonderful partying atmosphere towards the very end and the dialogue is humorous enough that you may just want to experience it for yourself.

It’s great to see a band like Shonen celebrate their 30th anniversary with a tribute to a band that has been such a critical influence to their sound. Better yet is the fact that the songs are not straight-up covers but create new sensations for their listeners. Here’s to a happy 30th birthday, Shonen Knife gals. Hopefully you have many more years of rockin’ left in the tank!

You can sample Osaka Ramones at Good Charamel Records now.

Shonen Knife Tour Dates
with opener, Shannon and the Clams

Additional dates to be added.