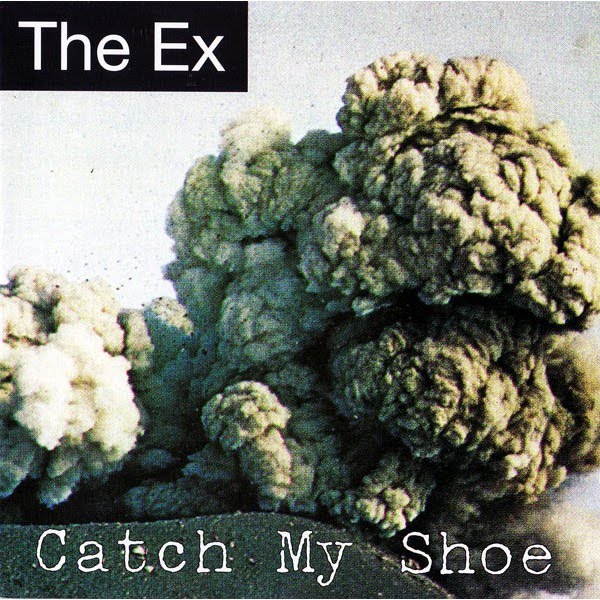 Dutch rockers The Ex are back for an amazing 25th album with their most recent release, Catch My Shoe. The self-professed, experimental punk rockers that have been making music since 1979, again bring their signature jazz-influenced noise to the table with a debut from new vocalist Arnold De Boer (formerly of one man band Zea). Catch My Shoe was recorded with the legendary Steve Albini in Chicago and also marks the band’s first release on their own label imprint Ex Records. 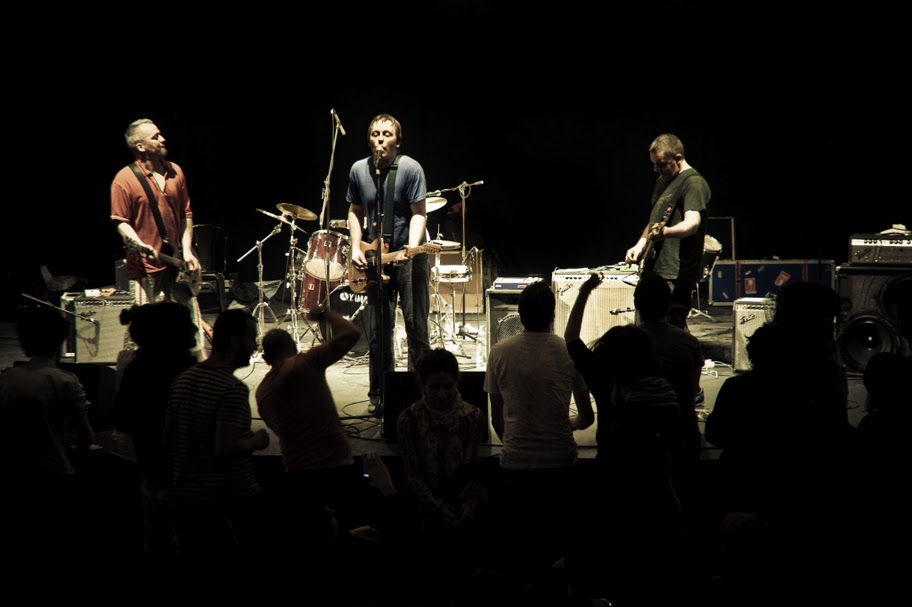 The Ex have a distinctive and unique sound that is hard to describe. They combine elements of anarchist-punk and garage tones melded with some world-groove-tribal-rhythms and experimental noise. A single song can go from repetitious to insane in the blink of an eye.

This album has a decidedly 90s alternative feel to it. The Ex have been around forever, and their experimental sound is reminiscent of some of Cake’s earlier work. Even if you’ve never heard of this band before, you may notice a refreshing, yet familiar sound. This delivery is mastered in tracks “Maybe I Was The Pilot” and “Cold Weather is Back”. These songs offer a Mariachi trumpet sound with dirty guitar work fused with the accented, old-school, lyrical-punk delivery lamenting the banal oddities of life.

“Bicycle Illusion” shows off the pure joy a well-balanced Ex-instrumental can bring. Clean. Sexy. It’s not until halfway through the song that lead singer Arnold De Boer’s voice can be heard, but the catchy groove keeps any trace of impatience at bay. The Ex prove that they’re definitely not afraid of experimentation as they even use old Casio keyboard sounds.

The Ex’s execution on Catch My Show is botched and sloppy at times. In “Double Order,” De Boer’s monotone delivery comes off as lazy when combined with the uber-simplistic instrumental arrangement. In the title track “Catch My Shoe,” the tribal Ethiopian lyrics don’t quite mesh with the simple garage sound of guitarists Terrie Hessels and Andy Moor. It is obvious that forays, such as this, are where The Ex often get their ‘World Groove’ descriptions, but it could just as easily be described as ‘SoHo by way of Denmark.’

The Ex are definitely worth a listen, if only for their offering of a unique sound. Catch My Shoe lacks the consistency required to mark a great album. Although De Boer’s lyrics can by catchy and inspirational in songs such as “Keep on Walking,” they’re also likely to sound flat or pettish in others. The album is worth picking up if you’ve been looking for a gun-ho alternative sound to get you through the end of winter as a few songs on Catch my Shoe are iPod-worthy. If you’ve been looking for the perfect theme song to go with your newly purchased flannel, look no further than “Catch My Shoe.”