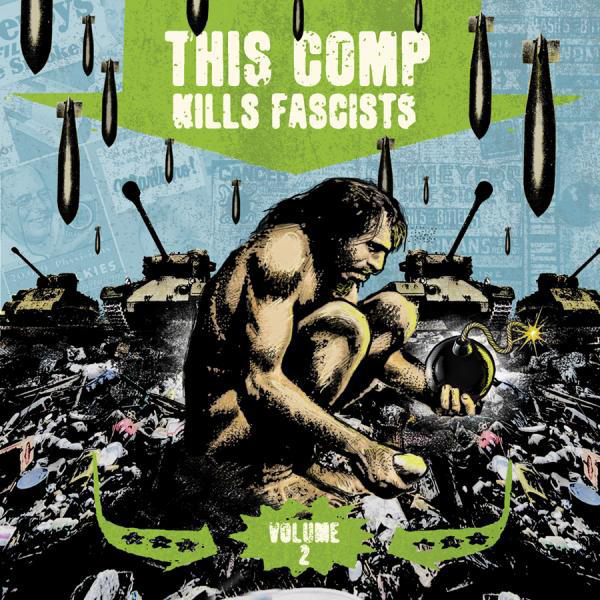 I am giving this comp two enthusiastic thumbs up. If you’re into grind and powerviolence, this comp is a 74-track wet dream. Apart from the fact that this comp features new and exclusive material from legends like Despise You, Lack of Interest, Crom, and Apartment 213 as well as material from Noisear, Owen Hart, Extortion; it covers a wide range of not only playing styles, but or recording methods as well.

As the comp kicks in, prepare to get your face peeled back by the uber-produced recording quality of Lack of Interest, Owen Hart, and Noisear, only to get slammed with the grittier, raw tracks of Hummingbird of Death that follow. The diversity among recording styles helps this comp keep a fresh feel throughout. With 74 tracks, had all the bands used similar recording processes this comp would be stale and way too long. The wide range of sound is definitely a bonus that keeps the comp feeling fresh as one progresses through the track listings. 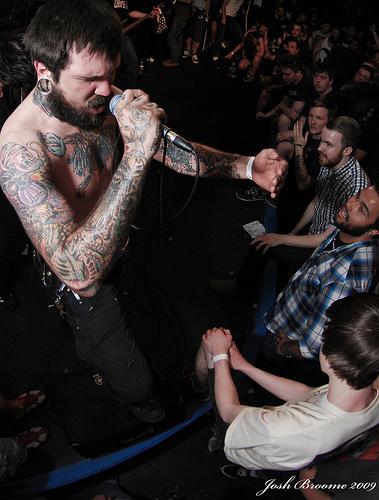 There is truly not a weak link in This Comp Kills Fascists Vol. 2,as each featured artists brings something fresh and exciting to the table.

Rather than trying to give an overview of every band on the comp, I am going to focus on a few tracks and bands I found to be standouts.

Tracks 8 & 9 by Owen Hart are my personal favs on the comp. The precision and sheer sonic assault of the hilariously titled “My Grandma’s Fucking A Tranny From Alaska,” is definitely an early eye-opener. The song progresses through several blistering grind riffs before blowing the roof off with some pummeling, down-tuned,d-beat action that will have you tossing your apartment furniture around like a gorilla. Owen Hart’s other feature track 9, “You’ll See 8-Year-Olds in Hell,” is nothing to sneeze at either. The track seamlessly fuses elements of metal and grind with crushing d-beat riffs that sound beyond monstrous. Kudos boys. You can check out more on Owen Hart at their Official Myspace.

Track 25 by Drugs of Faith entitled “Loss of Credibility” is another do not miss. Recording quality has a more natural feel on this track which lends itself nicely to the minor-chord, d-beat riffs that infuse subtle melody with sheer brutality. The chord structures are very striking on the Drugs of Faith tracks and take at least a few listens to fully sink in. The vocals have a more traditional punk feel with a mid-to-high-end vocal range that compliments the music and production perfectly. For more on Drugs of Faith, check out their Official Website.

Track 40 and 41 by Population Reduction entitled “Real Zombies Don’t Run” and “Time Hecklers” respectively, will distract you from tearing up your living-room-mosh-pit long enough to absorb the incredibly thick guitar assault, keeping the shred gods happy. Vocals delve into the lower-end of the spectrum, featuring mostly guttural attacks that you’ll feel in the cockles of your cockles…Great choice Scotty! Check out more on Population Reduction at their official Myspace. 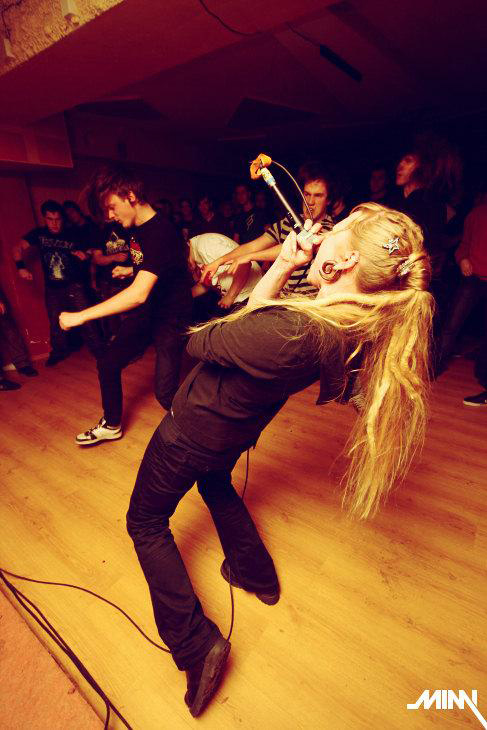 And as much as I would love to feature every band on this comp, I know our A.D.D. infested metal friends aren’t going to sit through a thesis, so I will end with track 48 by Slovakia’s female-fronted Idiots Parade entitled “Deadly Request.” Can’t say enough good things about this track or any of the Idiots Parade tracks featured on this comp. The vocals are high-end abrasiveness with tasty distortion that is absolutely pulverizing. Where some bands would tend to go off the deep end with vocal distortion, Idiots Parade use just enough to create an adrenaline rush of metal goodness. The drums, guitars, and bass all keep up a smoking pace with grind, metal, and power violence riffs perfectly orchestrated for maximum intensity. Do yourself a favor and check out more of Idiots Parade. at their Official Myspace.