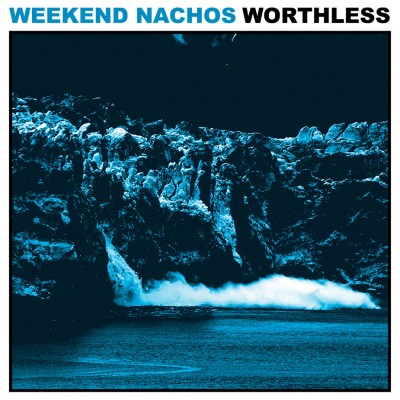 Weekend Nachos is four hardcore dudes from Chicago with a propensity for aggressive, yet progressive, tastes in extreme music and lyrical formulation. And before you start the internal dialogue, “Weekend Nachos? That’s a funny name. What the hell does that mean?” It means nothing. Just a humorous name that was suggested by a friend of the band as they were establishing themselves in 2004. 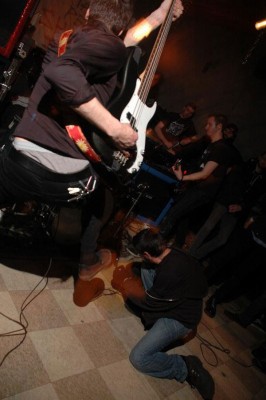 With an ear for ridiculously heavy guitar signatures that are complimented by a wide spectrum of vocal attacks, Weekend Nachos find acceptance in grind, d-beat, punk, and various circles of extreme music throughout the World. As part of the new-breed of extreme music practitioners, Weekend Nachos find themselves in that indefinable musical space with peers Agoraphobic Nosebleed, Coke Bust, and Rotten Sound, drawing influences that range from grindcore to sludge. Is it grind, powerviolence, punk, or metal? These niche tags have little merit when describing a band like Weekend Nachos, who not only reinvent themselves with each release, but with almost every new song. Worthless, the latest full-length recorded effort from this Chicago quartet, is set to hit streets in CD format via Relapse Records on May 17, and is a face-peeler. (Deep Six Records is said to be releasing Worthless on vinyl May 14, but details remained sketchy a publication time. Feel free to update in comments section.)

Opening track “Hometown Hero” sets the bar high in hurry with a pummeling combination is Discharge-esque riffs that explode into grindcore blasts beats and vocal attacks that are as poignant as ever. Here we see singer Snyder stepping up the pace with rants that drive forward at 200 mph, ready to blow you over with a guitar presence that is thicker than sea-shit. This is extreme music for extreme musicians and those who have an ear for detail. The awesomely thick, but not overly-engineered sounding production really puts this LP over-the-top. As someone who is inundated with new releases every week, this authenticity of sound within Worthless is immediately engaging and sustaining.

My attention was initially drawn to Weekend Nachos by the high levels of recommendations from other musicians and promoters I respect. If you can invigorate your fellow musical peers, you should have no trouble growing a steady fan-base. We see Weekend Nachos doing just that with a sophomore European tour in the works for Fall on the heels of a successful US run. It’s my prediction that you will see this band emerge as one of the front-runners of this new breed of extreme music, combining more sub-genres than the used record bin at your local punk-vinyl-pick-up.

If I had to nitpick, I’d shave off some of the slower droning movements. I’ve never been one for sludge, I’m just too ADD. So for me, the tracks that keep it moving are the standouts including, “Hometown Hero,” “Frostbitten,”“Dubviolence,” and “You Could Exist Tomorrow.” When tracks “Worthless” and “Future” get into the long, drawn-out, sludgy riffs or feedback, I’m spacin’ out- thinking about the sweet smells of the falafel cart on the corner, or the squirrel on the fire escape running…you get the idea. I don’t need the whispers of sweet nothings after I’ve been punched in the face repeatedly, I just assume stay in the ring.

Vinyl will be Avail at Deep Six Records