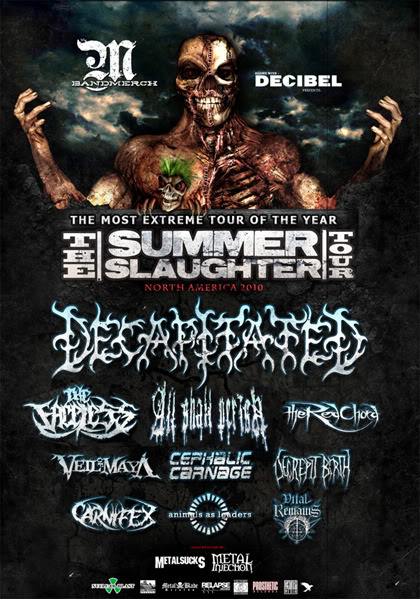 We’re going to be featuring several bands on this tour throughout the upcoming weeks. Today we are going to focus on the headlining acts.

Headlining acts this year include Decapitated, The Faceless, and All Shall Perish. 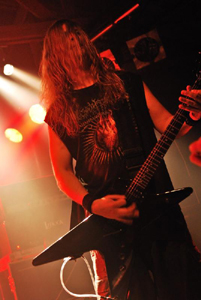 Decapitated are among Poland’s elite death metal bands with a prolific outpouring of material and relentless touring throughout the past decade. The band has overcome unfathomable tragedy and loss to once again reclaim their place on the throne as one of Europe’s most musically proficient extreme bands.

The first seedlings of the band were planted in 1996 while the members were still in their mid-teens and attending music school. Although it took a few years for the band to really get their footing, naysayers were quickly put to rest with release of the band’s first full length album Winds of Creation, released on Wicked World and Earache Records in the spring of 2000. Winds of Creation was received with open arms by death metal fans from around the globe. Later in 2000, Decapitated were voted ‘Best Newcomer’ in Terrorizer Magazine’s Reader’s Poll. The band’s following two releases, Nihility (2002) and The Negation (2004), saw the band rise to the top of Europe’s Death Metal Scene as the band was hailed as one of the most technically proficient bands in the genre by both fans and critics alike.

In 2007, the band saw a crushing setback as founding drummer Witold “Vitek” Kiełtyka, was killed in a roadside accident that also left Adrian “Covan” Kowanek in a coma from which he is still recovering. Wacław “Vogg” Kiełtyka reformed the band in 2009. We at Blow The Scene can simply tip our hats to Vogg for having the drive to push forward and keep creating music after losing his little brother Vitek, who had joined the band at the age of 12 in 1996. Vitek was also a father and husband when his life was tragically cut short. We are thrilled to see Decapitated back in action and headlining the Summer Slaughter Tour 2010! Decapitated has plans to focus on a new full length record to be released on Nuclear Blast after completing the tour.

All Shall Perish are one of our all-time favorites at Blow The Scene. This energetic quintet broke onto the scene in 2003 with their debut album Hate, Malice, Revenge., which was picked up by Japanese label Amputated Vein Records and quickly set them at the forefront of the Bay Area metal scene. It wasn’t long before the band was picked up by Nuclear Blast and the subsequent release of The Price of Existence in 2005. 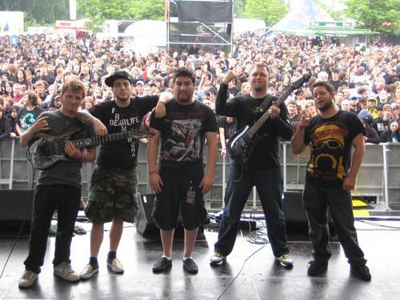 All Shall Perish saw many successful tours during this period with leading extreme bands from around the globe and became the first all-American band to tour Siberia in 2008. The band’s latest work Awaken The Dreamers debuted at 126 on the top Billboard 200 and number 1 on the Top Heatseekers charts. Apart from the sheer technical and brutal musical proficiency displayed in every All Shall Perish release, the lyrical content is often socially poignant with searing impressions on macro-cosmic issues such as the exploitation of natural benefits to keep Capitalism alive. If you have not checked these guys out yet and you dig modern death metal mixed with pummeling breakdowns and blazing drum and guitar work – Please, leave this website and go to their official myspace. You can thank us later. 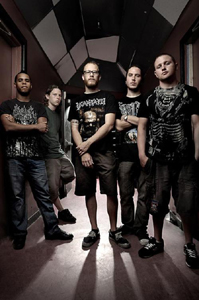 The Faceless are a five-piece Death Metal Band hailing from Encino, CA who hit the ground running in 2006 with their debut release Akeldama which saw the band tour with likes of Necrophagist and Nile, quickly etching a name for themselves amongst the top west-coast Death Metal bands.

The band’s second release Planetary Duality debuted at 119 on the Billboard Top 200 Charts in November of 2008.

This success quickly saw the band hit the road with the likes of Meshuggah and Cynic which was followed up with a solid tour run with Death Metal legends Cannibal Corpse, Neuraxis, and Obscura.

The Faceless have an immense technical presence both recorded and live, The Summer Slaughter Tour 2010 will surely find them at the top of their game.

The Faceless are currently working on a new album to be entitled Purging Mankind set for release in 2010 on Sumerian Records.

Chances are you will get the hear some unreleased material the band has been preparing over the past several months as they test the waters during The Summer Slaughter Tour 2010.

Check out the DATES. 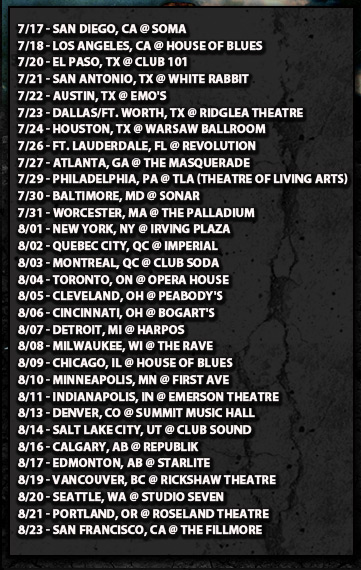