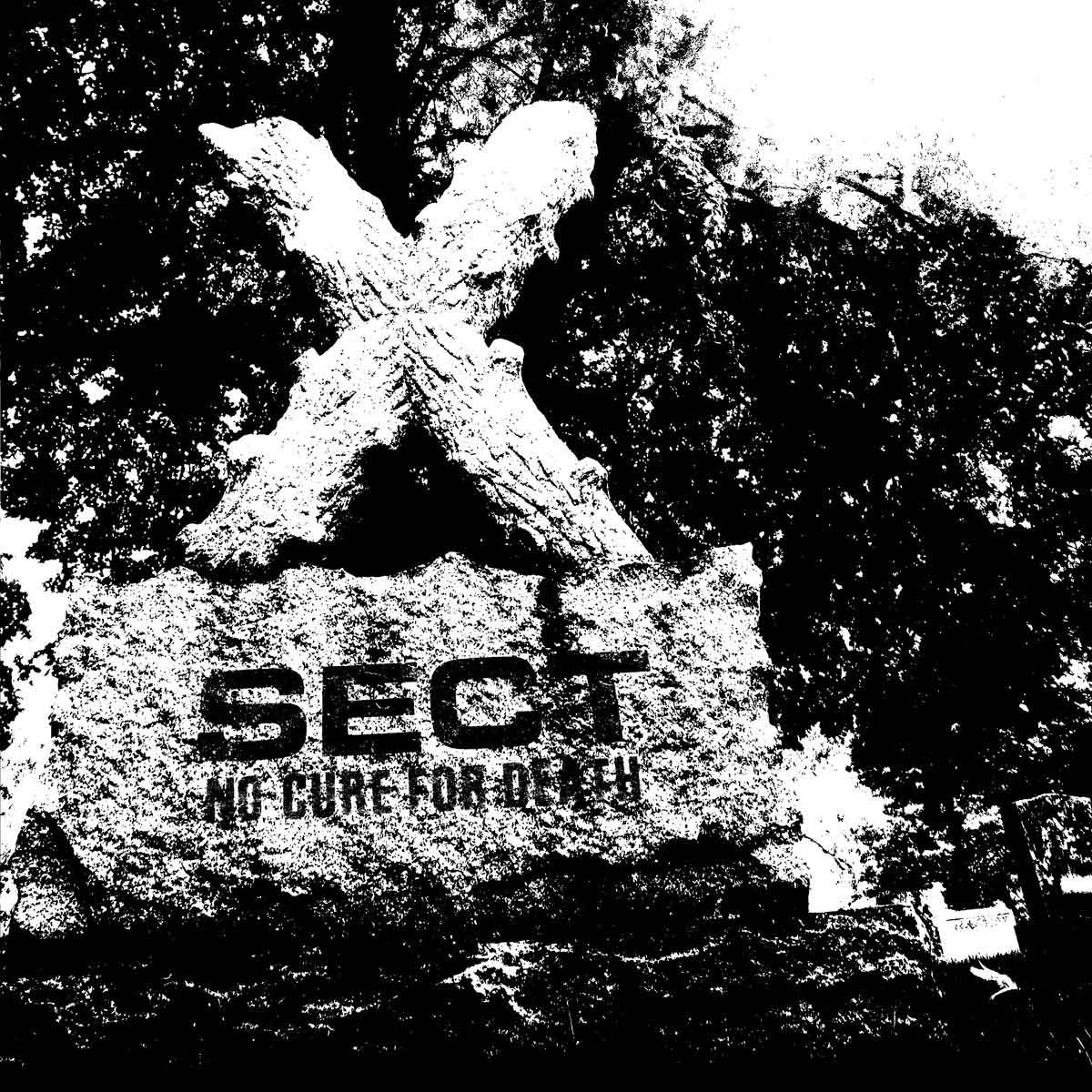 North American xvx hardcore outfit SECT– featuring members of Cursed, Left For Dead, Catharsis, Undying, Earth Crisis, The Path Of Resistance, Day Of Suffering, Racetraitor, and many more, have released their second album, No Cure For Death, this week via Southern Lord.

SECT vocalist Chris Colohan states, “For a band of people spread so far and wide, No Cure For Death is the record we got to make once we were really rolling – after we’d played a year of shows together, had dusted SECT off and put in the time on stage and on the road to take better aim at both the sounds and messages we wanted to make.”

SECT unites vocalist Chris Colohan (Cursed, Burning Love, Left For Dead), guitarists James Chang (Catharsis, Undying) and Scott Crouse (Earth Crisis, The Path Of Resistance), bassist Steve Hart (Day Of Suffering), and drummer Andy Hurley (Racetraitor, The Damned Things, Fall Out Boy). No Cure For Death was recorded with Kurt Ballou at God City studios, mastered by Alan Douches at West West Side Music. Fueled by socio-political vitriol, for SECT, the purpose of hardcore as they know it is to convey an urgency that transcends age, credentials or scene politics, to convert desperation into real talk and action.

The band’s “Day For Night” video, directed by Justin Reich (Black Label Society, Crowbar, Hatebreed), can be seen below.

Footage of the recording sessions with Kurt Ballou:

SECT kicked off a run of West Coast shows last night at Seatle’s Black Lodge venue supporting the LP, with upcoming performances in Portland, and Vancouver November 24th through 26th. An East Coast run is also looming, with shows in Brooklyn, Albany, and Washington DC, December 8th, 9th, and 10th. Watch for additional tour dates to be announced.