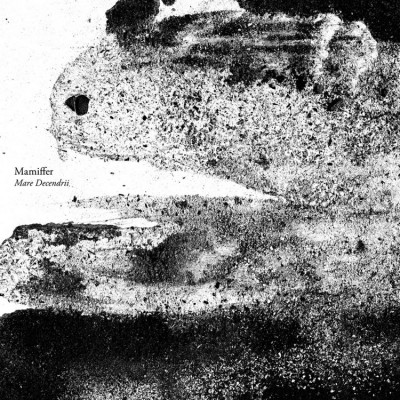 Music is becoming a globally-connected phenomenon. Not only are you finding artists these days that are collaborating online to help in the germination process for songwriting, but you’re also finding various schools of music colliding to form giant murals of beauty. Mamiffer, which combines the talents of “post-metal” icon and visual artist Aaron Turner (Isis, House of Low Culture, Old Man Gloom) and performance artist Faith Coloccia (Everlovely Lightningheart) is the perfect recipe for this genre-bending time that we live in.

Turner’s earlier contributions are most-likely what brought your attention to this band. Apart from being involved in heavier aforementioned acts Old Man Gloom, Isis, and Greymachine, Turner has always had a side of him that prefers a tense, brooding atmosphere. Enter projects like House of Low Culture, and sparse field recordings that were done in bands such as Isis. It should come as no surprise that the natural progression for a metal maestro like Turner is to take those signature riffs and stretch them out to monumental proportions. It’s the reason that the juxtaposition of his guitar, throbbing with the echoes of drone and feedback, somehow finds the perfect latch to Faith’s haunting piano playing.

Coloccia has the type of mindset that would give the most pretentious hipster a hard-on. In her previous project, Everlovely Lightningheart, she would perform in sewers, desert landscapes, and art galleries. The “music” was executed in a performance-art-style, with nihilistic tendencies, such as destroying old found-objects to make room for new ones. 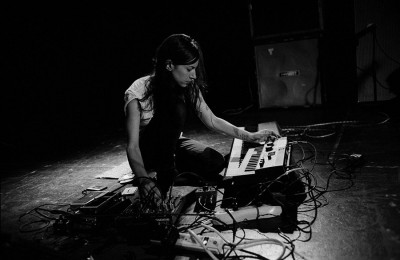 At the start of the record, opener “As Freedom Rings,” slowly but surely makes its way into the listener’s eardrums. At first, sounding like the opening notes to an Earth or FM3 album, creating room for Coloccia’s dissonant piano, that eventually takes center stage. Minutes later, as the swelling continues, interspersed amidst light percussion and Coloccia making her way through a progression as droning guitar notes round out the piece. The tempo: glacier-like. The mood: somber. The sound: brilliant. The minor progressions with dissonant chords strewn about, couples perfectly with the minimalist drumming found typically in slowcore. This piano-centric piece will remind you of Music for Airports by Brian Eno, but with the thick, yet contained intensity of the guitar in the background over the fifths chords of the piano, reminiscent of Earth, or one of Turner’s more recent favorite bands, Bohren and Der Club of Gore. Midnight doom-jazz, if you will.

“Blanket of Ash” is both haunting and calming simultaneously. The track sounds like someone whistling or playing a flute with a bunch of reverb, combined with sounds of a guitar flittering in the background in an Asian-tinged scale with delay. This five minute “breather” is the shortest track on the album. Fans of ambient music and field recordings will find plenty of layers to enjoy here.

“Eating Our Bodies,” the center track on this five-song effort, is another long, drawn-out, Earth homage. However, this is the first track where vocals finally make their way in, doing so quite prominently! But don’t expect to hear any throaty growling or screaming; this is all sung. Coloccia’s voice lays over-top of the music, not too high in the mix, but settling inbetween all of the layers. Brilliant execution, as halfway through the track, the minor melody suddenly sounds major and uplifting. This is a testament to the songwriting craft of this band and their ear for subtlety.

The following track, “Iron Water” sounds like a continuation of “Eating Our Bodies,” as the progression is similar, but heavier, ushering the guitar layers closer to the forefront. Halfway through the track, it’s just Faith’s singing and Turner’s guitar, isolated. House of Low Culture fans will not be surprised by this movement. Perhaps the track was even named as such to give the idea of floating and finally sinking into the depths of the water, as the strings bring a horror-movie vibe to the track’s final resting place. 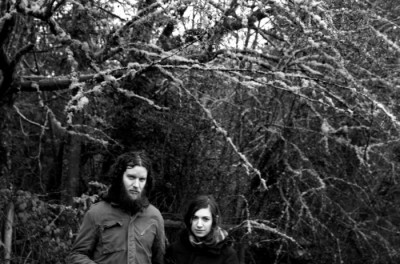 Track “We Speak in the Dark,” serves as both a continuation to “Iron Water” and pays tribute to “Blanket of Ash” by beginning with dissonant strings and piano notes fumbling into each other. This track would’ve been perfect for Nick Cave & Warren Ellis’ soundtrack for the film/novel “The Road.” Kayo Dot fans will find plenty to like throughout this album, and specifically on this piece. The ending is absolutely astounding, featuring classical Indian singing by Parvaneh Daneshvar amongst a chorus of additional voices. With such a dark theme permeating the record, this uplifting and beautiful finish says, “Hey, we’re not brooding all of the time!”

So if there are so many good things about this album, why didn’t it score better? Well, for one thing, you have to be in the absolute right mood for this album. The weather in the North East right now is rainy, cold, and snowy. Trees haven’t yet recovered for spring, with missing leaves and and a withered appearance. Within the coontext of this desolate atmosphere, Mare Decendrii will speak to you like few others albums can. Melancholy fills this record, but as mentioned previously, when you reach its climax, such beauty and grace washes over you that you can’t help but feel inspired.

Another slight detractor is that at times, the tracks can drag on for what feels like forever. The fluidity of the music as it connects to itself is on one hand brilliant, but on the other hand, strikingly similar. You might not even realize when one track ends and another begins. This is the type of album you really need to enjoy as a whole.

If this record is any indication of what is yet to come from Mamiffer, your mouths will be salivating. If you’re looking for Turner to have a return to form and scream your ears out, this isn’t the right record for you. However, if you’re looking for a pensive and complex album with tons of layers and subtleties, Mare Descendrii will meet all of your needs. A phenomenal effort with plenty of substance, we’re looking forward to hearing what these folks come up with next.