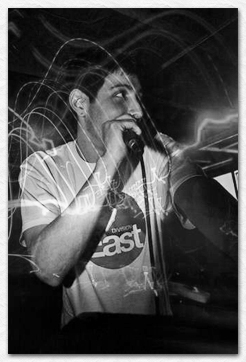 West Orange, New Jersey’s GDP has proven himself one of the hardest working acts in hip hop. His current sophomore full-length Useless Eaters CD/LP hit streets on March 20th on Run For Cover Records and was recorded by GDP and fellow collaborator Pistol in various locations throughout the tri-state area and mixed and mastered while on an independently booked 52 date national tour.

After years of relentless touring and consistent releases, GDP has gained respect from many of the same hip hop legends that inspired him growing up as well as forward thinking hardcore and punk artists. He has shared the stage with artists ranging from Wu Tang Clan, RZA, Dead Prez, Tame One, Rah Digga, and Masta Ace to Trap Them, Skeletonwitch, Suburban Scum, Product Of Waste, and Dead to Me.

Joshua BTS: GDP just released a new album entitled, “Useless Eaters”. Give us the inside scoop on this new release. Where and when did you record? What pieces of equipment do you find to be the most important in your arsenal when capturing the unique blend of electronic elements? Anything really unique or “out there” within your equipment selections?

GDP: This record was recorded all over the country but mostly in the Bronx and West Orange, NJ which is my and many of my SlangCorp affiliates homeland. Recording, mixing mastering done by Pistol. The beats were made in Australia by Aoi and DOS4GW with the exception of “Neural Circuitry” which was made by Frozen Gentleman who are also West Orange alumni. It was recorded on a Roland digital work station which I feel gets a very excellent, gritty sound. Nothing terribly out there, just old school.

Joshua BTS: What is the significance of the album title “Useless Eaters”?

GDP: It is a term most notably coined by Henry Kissinger and refers to overpopulation. The significance is that most people disgust me and while we are inherently selfish we do an excellent job of convincing ourselves otherwise. Furthermore it’s becoming harder and harder for me to argue with the ruling classes attempts to exterminate those who have very little to offer a modern world that is quickly running out of resources to sustain these lazy imbeciles.

Joshua BTS: What is the significance of the album artwork?

GDP: It was an idea that kind of just came to me and I ran with it. It’s the Cathedral Basilica of the Sacred Heart in NJ and is the 5th largest cathedral in the country. That is not terribly significant but it is a fun fact.

GDP: I don’t really know who my target fan base is but it’s safe to say my music is a bit different in comparison to much of the hip hop music that is popularized today. I can hear a car bumping Drake from outside the window of my girls apartment as I’m typing this. I have deep roots in the punk rock, do I dare say “alternative” music scene, and sometimes I play shows with bands. It’s not like some well thought out career move I just have a lot of friends playing different kinds of music and we bump heads. I’ve also got my ties to the electronic music world but some folks don’t even know about that. Radio Activity coming this summer foools 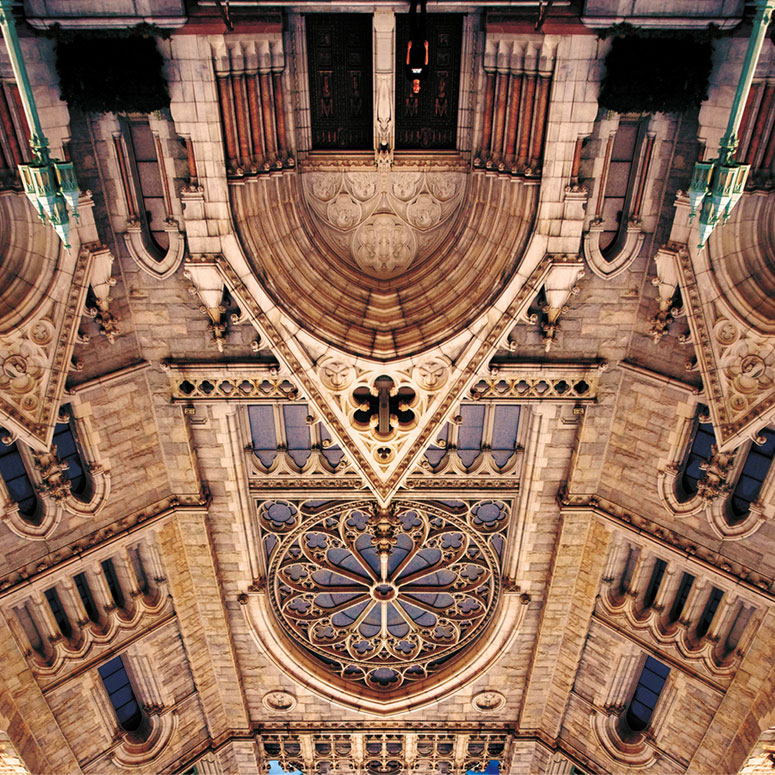 Joshua BTS: What’s your current playlist look like? Any new artists or bands really have your attention?

GDP: I haven’t had an iPod in a while but I’m going to buy one really soon. Griever is a band from California you will be hearing a lot about. We just did some shows together over there and it was very nice. The band features 2 members of Lewd Acts and I’ve been bumping their tape. New Pistol album “25 Ta Life” rules go to SlangCorp.com and buy it immediately. Old Wounds is a band of young bucks from NJ that is making some serious waves. Fleshtemple has just dropped a new tape on Ride the Fury that rips. New J-Fame “600 Swishers” is dope, I played a show with him in SF while I was out there and I’m really impressed with his record. I’m currently listening to Dcoi “The Bleeding” 7″ and its lovely.

Joshua BTS: What does the actual writing process look like for GDP? Do the beats come first or the rhymes?

Joshua BTS: What are some of the lyrical themes on the new record?

GDP: I just ripped a string of West Coast dates but I’ve got some shows in the Philly, NY, NJ area. I have a bunch of writing and music to work on now that I’m back. You can find out at the website I’m going to list in the next question.

GDP: Ahh yes= G6d6p6.com and SlangCorp.com. I’m on Facebook and all those other websites people like to go on and be spied on. SlangCorp, Planet Cognac, RFC, RTF, whadddup!