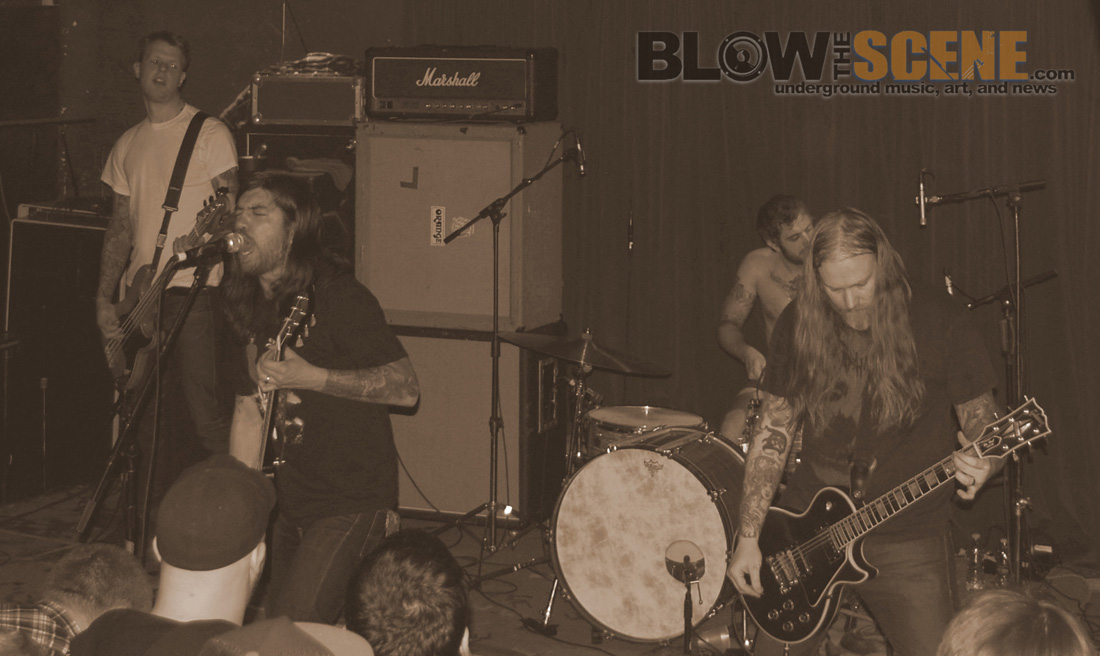 Seeing a side project band with members in prominent and busy bands has always seemed close to impossible. Before a few years ago, seeing reunited bands seemed as impossible as the latter. Luckily the announcement of a tour featuring Florida stoner-metal kings Floor and Massachusetts riffers Doomriders combined both of these yearnings into one convenient package. After the announcement of the Burning Fight book release in Chicago in 2009, bands relevant and irrelevant have come out of the woodwork to revive the songs of those long dead. While some have been hit or miss, Floor did not dissatisfy.

We left Pittsburgh at 5 P.M. sharp, and after arriving at Cleveland’s Grog Shop around 7:45, I anticipated the show starting at the posted time of 8 P.M. I was sorely mistaken. At around 9:30, locals Forged In Flame took to the stage. The band combined the vocal style of Killswitch Engage with the guitar tone of Black Label Society and added in a stoner metal twist. Usually none of those things are up my alley, but they were enjoyable, especially with their fill-in bassist that learned the band’s set in two days. The only turn-off I found with Forged In Flame was the predictable and cliché slow and clean guitar parts coated in flanger pedal that served as introductions to two of their songs. If you like your metal slow and melodic, check them out. 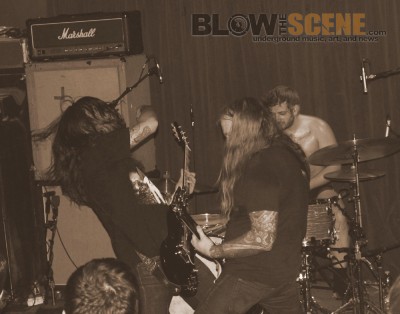 Shortly after the end of Forged In Flame’s set, Doomriders took the stage. Expecting nothing short of crushing riffs and hilarious banter from front man Nate Newton, I was not disappointed. Kicking straight into “Ride Or Die”, the band showed no signs of letting up. That is, until Newton’s guitar head cut out towards the end of the opening song, taking a few minutes to replace. Playing an even amount of songs from both 2005’s Black Thunder and 2009’s Darkness Come Alive, they were sure to please diehard fans and make new ones from those unfamiliar with the band. My highlight of their set was the introduction to “Deathbox”, where Newton screamed, “This song’s for everyone that rides a skateboard!” The dedication drew up a round of cheers from the crowd.

After Doomriders were finished, the legendary Floor kicked right into their set. Their lack of a bassist did not affect the band’s thick tone during their set. I’ve actually never heard a heavier band live before. They tore through songs from their catalog (“Tales of Lolita”, “Scimitar”, “Return To Zero”, “Iron Girl”, and more), and even threw in a Torche cover (“Charge of the Brown Recluse”) for good measure. Floor’s almost-hour-long set was a marathon of sludge and stoner metal. Heads were banged and necks were snapped. Most of all, they were entertaining to watch, as all three members act very charismatically on stage.

At the end of the night, the five hour round trip was well worth the copious amount of headbanging my friends and I got out of the evening. Finally seeing Doomriders, who I have been listening to for over five years, was quite an experience, and seeing such a renowned band like Floor was the great end note to the evening.