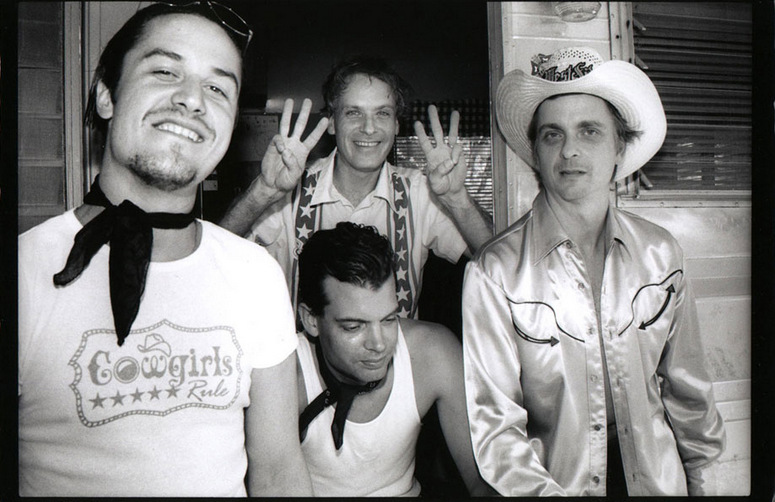 Tomahawk will preview music from Oddfellows (January 2013, Ipecac Recordings) with the release of a 7-inch single titled “Waratorium” on Nov. 23 (Record Store Day’s Black Friday event). The b-side will be an original etching by famed cartoonist and comics scholar Ivan Brunetti. A digital release for Waratorium follows a week later.

“This is a full-on rock album,” Dennison recently told Rolling Stone. “There’s no quirky weirdness – it’s very straightforward for us. There’s almost like this weird, upbeat sound, what I call ‘heavy pop,” and Patton totally got the vibe right away… really heavy Beach Boys.”

Tomahawk has been dormant for the past five years after releasing a trio of albums: Tomahawk in 2001, Mit Gas in 2003 and Anonymous in 2007. The band last performed live in 2003.