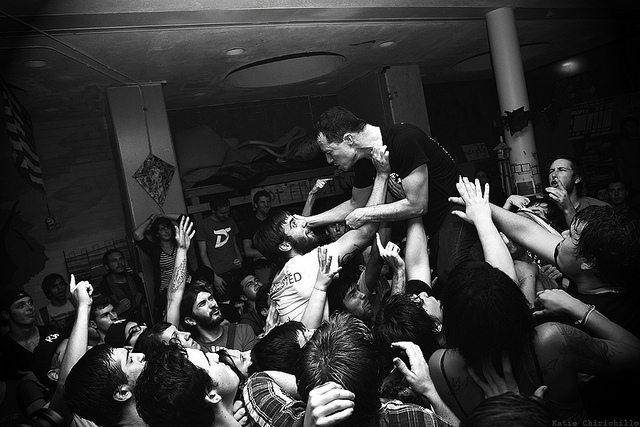 Touche Amore will enter the studio in February to record their new album, Parting The Sea Between Brightness And Me.

“Parting The Sea…” will be recorded by acclaimed engineer Ed Rose at his Black Lodge Recording Studio in Eudora, Kansas. Ed is known for his acclaimed recordings of The Appleseed Cast, The Get Up Kids, The Casket Lottery, Small Brown Bike, Coalesce, and many more.

On recording with Ed Rose, vocalist Jeremy Bolm said, “We are very excited to get to work with Ed Rose, he has an unmatched ability to drive out some of the cleanest but heaviest sounding records. He was first on our list of people to work with and we’re thrilled to have the opportunity”.

Touche Amore Parting The Sea Between Brightness And Me CD/LP/DL will be released later this year on Deathwish.