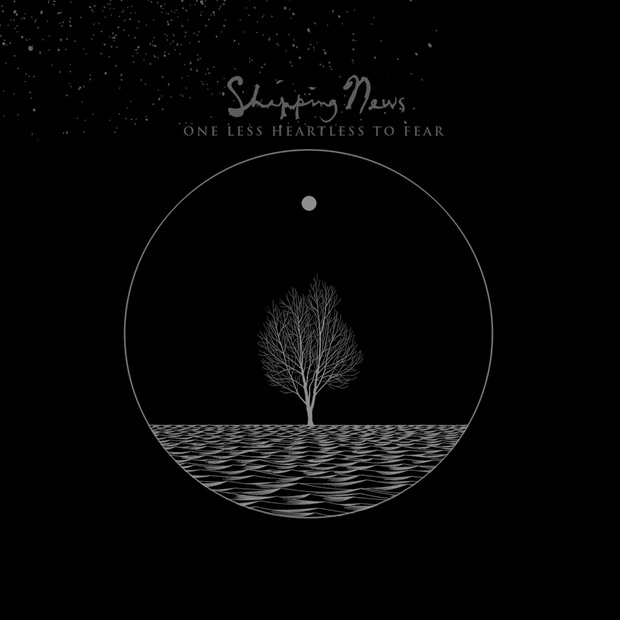 One Less Heartless To Fear, the sixth LP from Shipping News, is uncompromisingly raw and lyrically lush. The album was recorded live at two very different venues at opposite ends of the globe: Skull Alley in Louisville, KY and the O-Nest in Tokyo, Japan.

The new album (Karate Body Records/Noise Pollution), set to release on November 9th, embraces the honest quality of the minimalistic ally produced sound – including its quirks and flaws. This production does well to accommodate the sporadic spoken-word-like vocal delivery that splashes across the tracks like waves from a pissed-off indie ocean.

The record starts with the sound of the bass chugging along with a fuzzy familiarity on “Antelbellum.” From the get-go this “post-rock” effort unleashes a lyrical content that dabbles in surrealism and is drenched in metaphor. The six-string static – crafted by Jeff Mueller and Jason Noble, who share duties on guitars and vocals – is loose and gritty. The song takes a punk inspired pivot around the two minute mark as the guitar tones thicken during a breakdown that takes a Fugazi-inspired path.

The record continues in this vein – deviating little from the sound that Shipping News has cultivated over the last 14 years. The band was formed by Mueller and Noble in 1996 while they were composing music for Chicago Public Radio’s This American Life. The group’s name appears to be a nod to E. Annie Proulx’s Pulitzer Prize winning novel The Shipping News (she was also the author of the short story behind the film Brokeback Mountain). Like any good band named for a wordsmith – the lyrics are often the focus of the album. 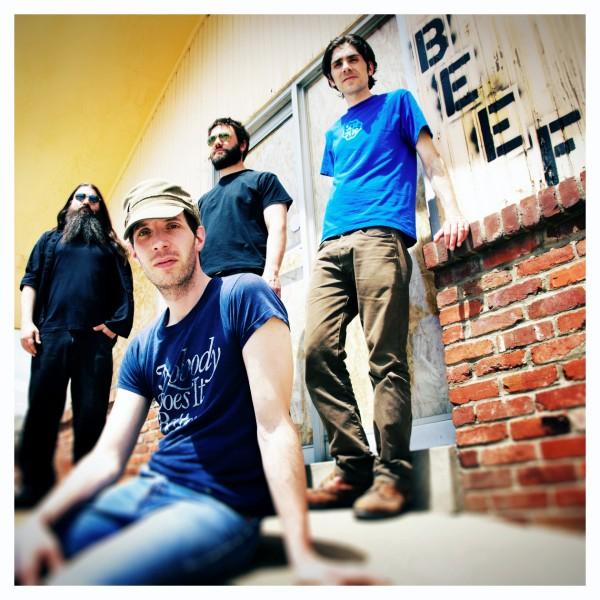 “This Is Not An Exit” exemplifies the band’s lyrical styling, which is constructed in a similar way to the work of El Paso’s At The Drive-In. The song draws parallels to ATDI’s Relationship in Command with its combination of bizarro political and technological messages that are reflected in lines such as: “Ready for the empire state. Sealed rooms. We got a satellite dish. We’ve got a head interred in an obelisk.”

The lyrical content only dives deeper into a pool of subconscious musings that walk a thin line between being artfully playful and exhaustively contrived. “The Delicate” bounces along toward the former with lyrics delivered in a rapid Cedric Bixler-Zavala-esque fashion, chanting: “She can hear him on the ceiling [sic] ceiling. Go to dinner at the Governor’s mansion. His hand is like a fox paw [sic] fox paw.”

“Axons and Dendrites” is a track that does more of the latter as it launches into a tirade of somewhat underdeveloped symbolism and questionable similes with lyrics such as: “They hover, they are helicopters that shave the shale-like atrophy off a jack-hammer heart. Up on the ridge, an upended Hemingway-like Himalaya.”

Shipping News is careful not to come off as pretentiously poetic by sprinkling in bits of humor into their songs. For example, the aforementioned “This Is Not An Exit” ends with: “Root Beer Tuesday. Hot Fudge Thursday. Thank God it’s Thursday.” Comical lyrics like these show that – even after all these years – the band is still having a good time.

One of the elements that make the wildly varying lyrical themes successful is the smooth foundation laid down by the rhythm section. Drummer Kyle Crabtree and bassist Todd Cook thump and grind along to the oddball hooks and licks of Muller and Noble without a hiccup. The chemistry between these four hits its peak on the closing track – an aggressive, upbeat punk-rooted number called “Do You Remember The Avenues?” complete with cheers from the crowd – this is a live album after all.

One Less Heartless To Fear is undoubtedly a fun live album for anyone into angst-laden indie rock. Shipping News continues to make the post-insert-genre-here style work years after the movement surrounding bands like theirs simmered down. While many listeners may wonder why Shipping News continues to dwell in this grey area of rock – this album shows that audiences on both sides of the world can appreciate what they have to offer.